What Do You Make People Believe In Again? 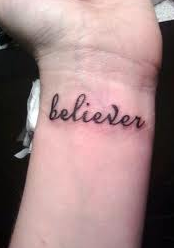 The problem is, they did not come away believers.

When your customers finally finish the transaction, sign
off, shut down, wrap up, peace out, pay the check, walk out the door and go
back to their busy lives, here’s powerful question worth asking:

What did the experience you offer make
people believe in again?

What did your company restore people’s
faith in? What idea, that customers were convinced was dead, did your brand
bring back to life? What experience, that people avoided as a badge of
honor, are they now obsessed with? What feeling, that people had lost contact
with, did you reignite inside of them? What possibility,
that people had long since given up on, did you made real once again?

Search a few review sites, and you’ll
find this question answered in spades.

A tortured soul who goes to hypnotherapy
believes in herself again. A jaded couple who takes a romantic excursion believes
in romance again. A cynical guest who stays at a bed and breakfast believes in
the service industry again. A terminated employee who flawlessly relocates
across the country believes in humanity again. A cooking snob who dines at an
amazing restaurant believes in eating out again.

Because when people believe, it’s really
hard to leave.

Work Without Clarity, Isn’t
What Does Your Brand Take Out of the Equation for Customers?
Create Social Meaning Above and Beyond Your Product