To Think That In Such A Place, I Led Such A Life 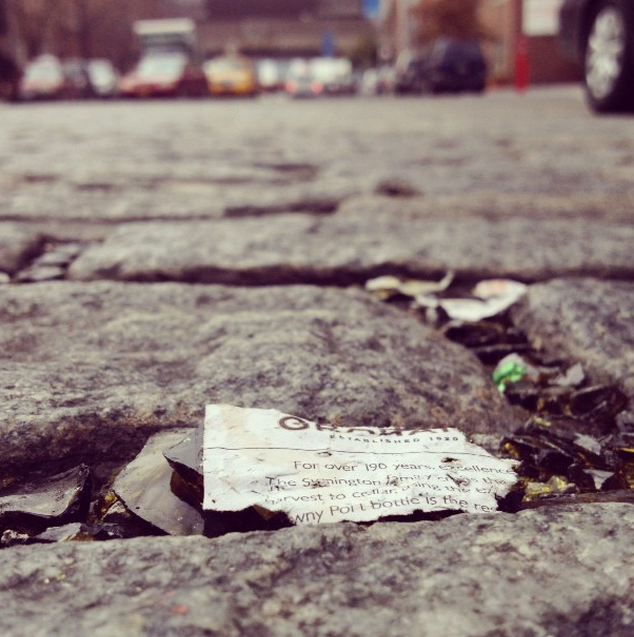 One of my favorite hobbies is keeping tabs on humanity.

Listening to what our culture is up to, watching how our
society is evolving and documenting where our species is heading.

At current, here’s how I feel about it:

I am so goddamn excited
to be alive right now, so hopeful for the advancement of our species, so
thrilled to be living in the greatest time in human history, the vomit of
happiness that spews out of me is nearly uncontrollable.

Here are four reasons why:

1. Creativity is on
its way back. Our natural inclinations to hack and fix and improve are
immutable. Not only as trades, but as ways of communicating with the world. And
these verbs are being welcomed with open arms by even the most mundane of
industries and communities. Creativity, the great nurturing positive force of
humanity, has officially made making things cool. And easy. And profitable.

I was reading The State of Create, a global benchmark study on attitude and beliefs about
creativity and work, school and home. Adobe’s team interviewed five thousand adults
across the five of the world’s largest economies. Their research showed
several promising results. First, new creative tools are perceived as the
biggest driver to increase creativity. Second, technology is recognized for its
ability to help individuals overcome creative limitations. And third, our
country is the second most creative in the world.

We are finally
realizing our society as one large work of art.

2. We’ve broken the
sharing seal. Downtime is the new billable hour. Access is the new
ownership. Sharing isn’t just caring, it’s commercial. And it’s digital. That’s
the difference. Humans have been sharing and swapping for centuries. But now
we’re able to do it with greater speed, efficiency, ease, meaning––even
profit––than ever before.

Does everyone need their own drill? According to a study
called The New Sharing Economy, maybe
not. Money is no longer the only or most valuable currency. Our sharing culture
makes it possible for virtually anything, including specialized skills or
knowledge, used goods, and social reach, to become currency.

We are finally
realizing our culture as one massive crowd sourced project.

3. Collaboration is
currency. Talent is mating with other talent. And there are people out
there dedicated to making sure there is a trail. Which means we’re walking in
footsteps everywhere we go. It’s like we’ve plugged into this immense power
source, and there’s nary a blackout in site.

The Global CoworkingSurvey asked two thousand people to talk about their experience working in collaborative environment. Their responses were highly optimistic,
ranging from greater creativity to a higher standard of work to increased focus
to meeting deadlines more effectively.

We’re finally
connected the disconnected and giving them people to scream with on the roller
coaster of life.

4. Instigation
capital is cheap. The center of gravity has shifted. The boundaries between
consumer, producer, investor, supplier, buyer and end user have faded. Now, everybody
is everything. Partnerships between organizations and third party vendors have
operationalized logistical issues. Kickstarting isn’t a brand name, it’s a brand
new way of doing business. And the world is shifting from a gated community to a
permissionless platform.

The need for the middleman of the world is quickly
vanishing. Bruce Nussbaum dubbed this trend indie capitalism, a maker system of economics based on creating
new value, not trading old value. And it’s not just for startups and
venture capitalists, it’s based on a community of people. Real citizens.
Neighbors. Anyone occupying anything. It’s the biggest threat to the powers
that be in years, and the best part is, we’re never going back in our cages.

We’re finally understanding
that the gatekeepers have left their gates.

The verdict is in.

Our species is literally more evolvable
now than at any time in our history.

Whoever Said Love Is Free, Wasn’t Doing It Right
Life Without Witness, Isn’t
THINKMAP 017: Why Is Radio Shack Broken, And How Can We Use Digital To Fix It?