THINKMAP 017: Why Is Radio Shack Broken, And How Can We Use Digital To Fix It? 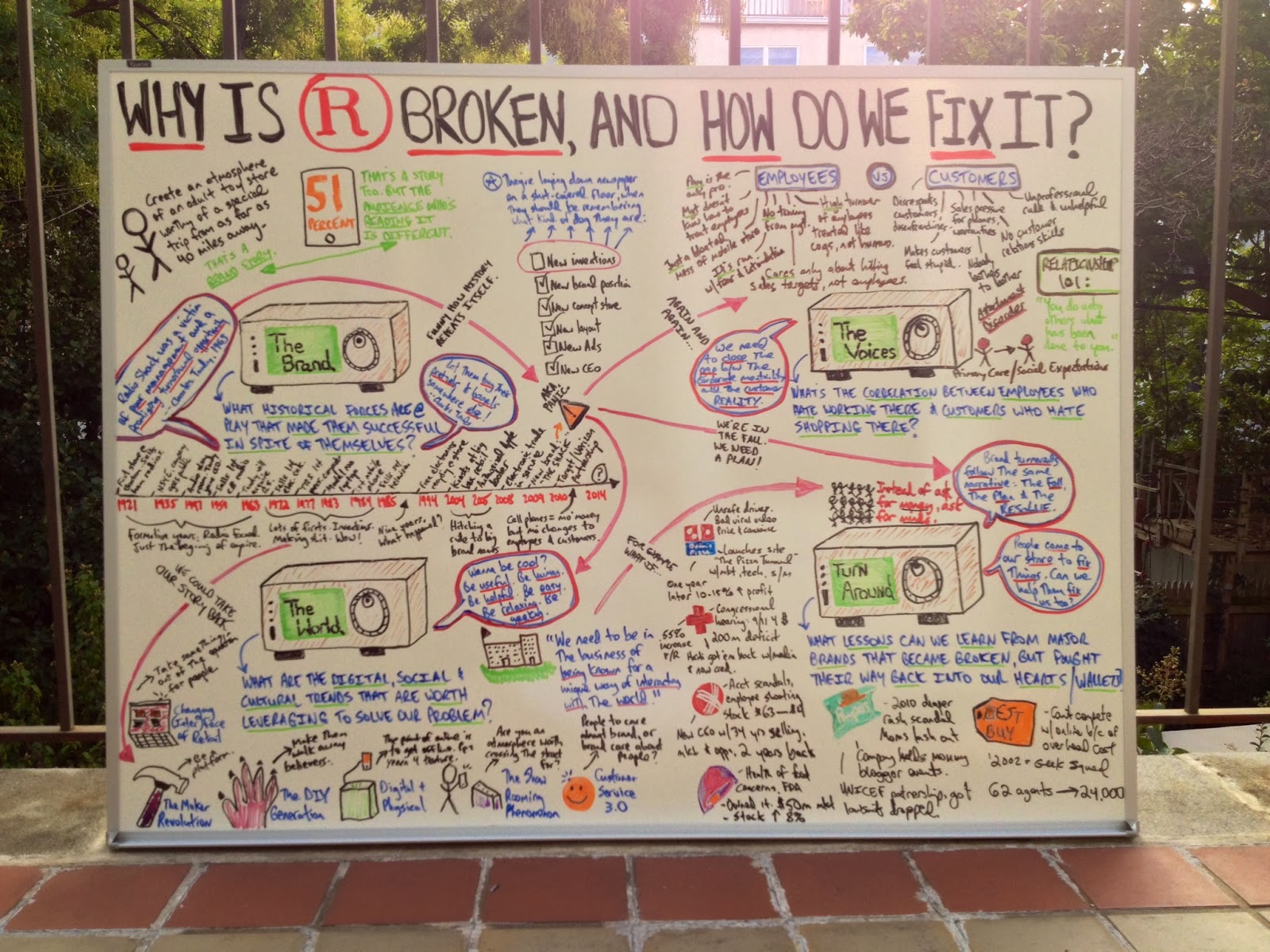 Remember
the place where you and your dad went to buy batteries for the remote
controlled car? That was Radio Shack.

Remember
the place where radio and electronic nerds used to hang out and bond over their
favorite mechanical hobbies? That was
Radio Shack.

Remember
the place where you could geek out with the guy behind the counter without
caring who was watching? That was Radio
Shack.

Remember
there place where you could always go in an electronic pinch and always walk
away with something useful? That was
Radio Shack.

No wonder they became the world’s largest electronics chain. Thank you very much, Mr. Tandy.

It
wasn’t just a store, it was destination.

But
somewhere around the late 80’s and 90’s, the brand started to struggle.

Big box
retailers like Best Buy were the new kid in town. Iconic design companies like
Apple were the hottest girl in school. And innovative technology like mobile was
the shiny new object.

This
perfect storm of competition, innovation and cultural transformation sent
shockwaves down Radio Shack’s organizational spine. And by the time the new millennium
came around, Radio Shack began to putter out like the very machines its
batteries once powered.

Worst
of all, their enterprise value
was on a collision course.

Everyone
was waiting for Radio Shack to die. A few highlights from my research: 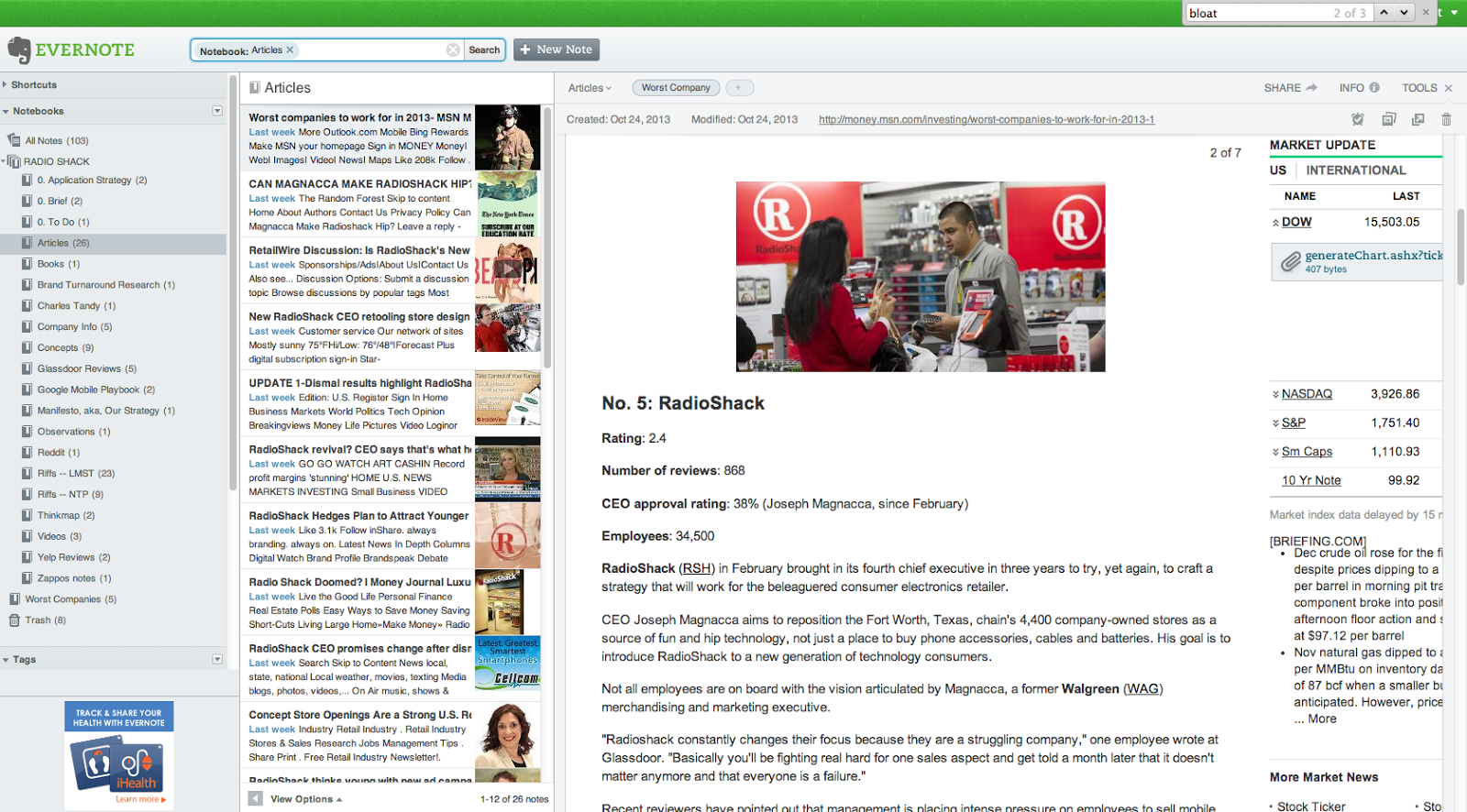 The
media. Did you know MSN Money reported
them as the second worst company to work for in 2013?

The
employees. Did you hear Glassdoor
reported their CEO has a 38% approval rating!

The
customers. Have you ever read the store
reviews from infuriated customers who call them a bloated mess of a mobile
phone store?

The
shareholders. Can you believe for the
first time in over a decade, Radio Shack experienced an annual loss?

The
chorus was global: “How the hell are they still in business?”

So, as
big brands tend to do in this situation, Radio Shack panicked. They
started pulling out every trick in the book to be cool, hip and relevant. Partnerships
with celebrities, social media contests, concept stores, clever ad campaigns,
hip rebranding efforts and new executive leadership.

And some
of those tricks worked. Radio Shack’s efforts did see traction for a short
period of time. Especially with the digital generation. Thank you very much, Dr.Dre.

They
need to be useful. Digitally.

Isn’t
that what made them successful in the first place?

And even though big
box retailers like Best Buy and Amazon have been chipping away at their
clientele, Radio Shack still owns a three assets that those brands would
kill for:

They’re
right now. What’s hipper than not having to wait a day for a part?

They’re
already invited into people’s memories. What’s more valuable than being a
fixture in your customer’s childhood?

And,
it’s not like Radio Shack is the first brand to fall. Brand turnaround is an
economic phenomenon. Just ask Dominos,
Red Cross, Xerox, Taco Bell, Pampers and Best Buy.

They
all fell. But they also had a plan. A digital one.

So here’s
mine. Radio Shack, tune into this:

Take Back The Shack

#takebacktheshack is groundswell movement that enlists geeks, makers, techies and employees in the DIY project of a lifetime: Rebuilding Radio Shack.

1.     Mission and Vision: We’re
going to own what we’ve built. We’re going to create monopoly on a story and a
set of expectations. We’re going to build an experience that consumers would go
out of their way to experience again.

3.     Influencer Marketing: We’ll use
crowdfunding platforms as a talent agency for our rebuilders. We’ll attach our
brand to the brightest young talent, helping them achieve their maker dreams.
The best way to be cool is to find––and fund––people who are.

And
that’s just the beginning.

Radio
Shack isn’t a squealing mechanical dinosaur waiting to be put out of its misery.

It’s an
impassioned phoenix poised to rise from the digital ashes.

LET ME
ASK YA THIS…

Want to
help me oil this machine?

LET ME
SUGGEST THIS…

Send an
email to scott@hellomynameisscott.com
and we’ll take back the shack together.

Smiling With Her Heart’s Best Face
In Progress: Things I’m Making Right Now
Source of Information Versus Source of Energy