The Future Is Rapidly Articulating Itself 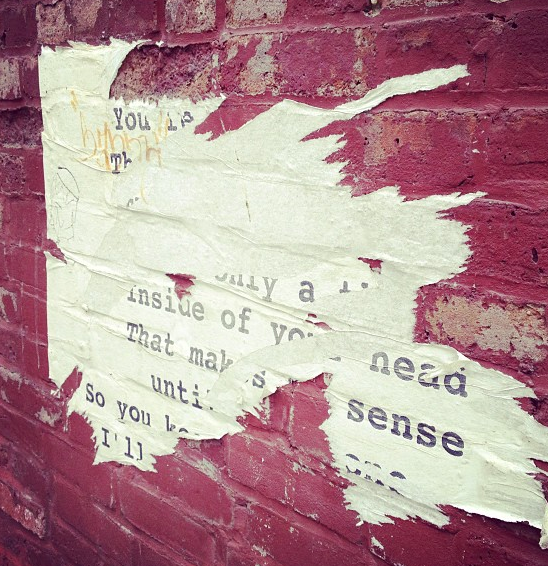 “I’ve been looking at stains ever since I was seven, waiting for a message.” What I love about Tom Waits is that he was weird first. Long before the Internet became a digital pissing contest to prove whose life is more interesting, Tom was already doing his thing, in the analog world, just cuz.


“Lots of generals but no troops.” In the past two years, I’ve fallen in love with manual labor. There’s something humbling, cleansing and meaningful about getting your hands dirty and doing the work nobody wants to do. This article about Pompeii made me realize how few people actually want to do that work.

“Sundown no longer marked the moment the world got ready for
bed.” Time recently released a special edition on the life, brain and output of the greatest inventor who ever lived. Can you imagine having that level of impact on the world? Edison’s competition was the sun. And he beat it. Dude.

“The future is rapidly articulating itself.” And yet, we’re terrible audience members. It’s easier to hide our heads in the sand and pretend our planet’s climate isn’t getting worse. Good thing we have great novelists. Their beliefs aren’t too convenient to be killed. Happy Earth Day!

“Everyone congratulates each other on how upset they are.” That’s not grieving, that’s narcissism. Please stop. Facebook has become one big transcontinental circle jerk. If Louie noticed it, it’s probably accurate.

“He’s got no problems once the cage door is shut.” Even as a lifelong pacifist, I can dig how Jon Jones approaches professional fighting. I think we all have that place, that territory, where the rest of the world disappears and leaves us with nothing but pure focus, pure creation. Hopefully that doesn’t involving punching people.

“Getting ready for the job of creating.” The work before the work is just as important as the work itself. When you try to start cold, it’s a lot harder to get the pen moving. What helps is to install a ritual that gets the shanks out and loosens the pickle jar of creation. I suggest morning pages.

We’re Not Into Math, We’re Into Feelings
Yay! Another Opportunity Not To Get Paid For Something
Her Fame Was Greater Than Her Contributions