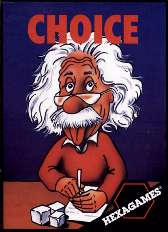 The other day a client of mine had an odd request: “Scott, could you close your speech by discussing the future of marketing and product innovation?”

Well, I’m no futurist. But I guess I’ll give it a shot…

I answered her request with the following four words: more choices, less time.

Let me throw a few numbers at ya:

• In the August 2005 issue of FastCompany, their research indicated that 26,000 new products hit the US market every year.

• In a study conducted by Para Publishing in 2004, research indicated that 177,000 new books hit the shelves every year.

EXAMPLE: You’re shopping at Whole Foods to buy some energy bars. You make your way to aisle 11. And in front of you are 47 different varieties to choose from!

They all looked the same to you. Same price. Same orange, red and yellow packaging. Same promises of nutrition.

You’re completely overwhelmed. Unlike like 10 years ago when Powerbar was the only energy bar on the market.

OK. Now onto the second half of the paradox. A few more numbers for ya:

•In 1974 a book called First Impressions revealed that humans had seven minutes to make a first impression.

• In a Wall Street Journal article from February 15th, 2006, their research indicated that humans now have a whopping two seconds to make a first impression.

EXAMPLE: last week my girlfriend and I decided bake cookies.

Now, I use the word “bake” lightly, because truthfully, we barely baked anything. The cookie bag contained a dozen perfectly circular chunks of pre-made, pre-cut, 100% oven-ready cookie dough. All you had to do was place them on an un-greased cookie sheet.

It makes me wonder if, five years from now, people are going to be so overwhelmed by the saturation of choices and so pressured by the ever-decreasing time crunch, that they’re going to end up starving to death because they can’t decide which energy bar to buy!

OK, that example was a bit extreme.

All I’m saying is, if I were Luna or Powerbar or any other company that puts out products that compete with dozens of other similar items between which there are no discernable differences, I’d sure be scared.

In any event, I’m going to have to cut this post short. I don’t have enough time to finish it.

Boxes are for suckers
Love the haters
On getting unstuck