Moments of Conception 107 — The Taxi Scene from Fame 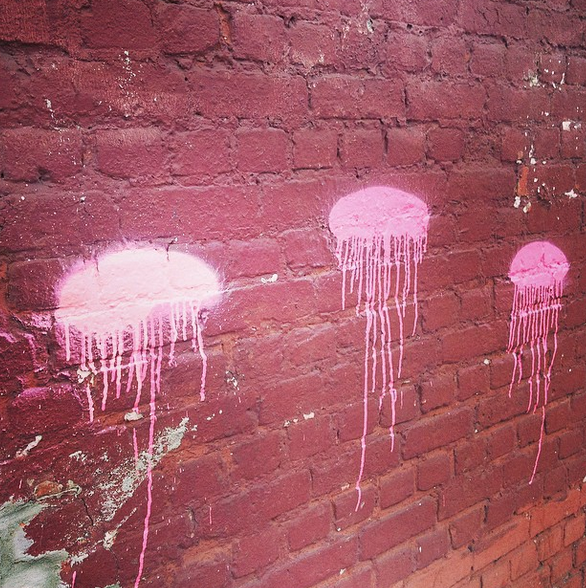 Today’s clip comes from the taxi scene in Fame:

Don’t chase the high,
follow the heart. During a recent podcast interview, I heard a hugely
successful actor offer a great piece of advice to young performers. Don’t be famous, be legendary. Fame is
the industrial disease of creativity, he said. It’s a sludgy by product if
making things. That’s a bold statement. Considering we live in a world where
attention trumps accomplishment, where a person’s fame tends to eclipse their
actual contributions as a creator, his advice is sorely needed. And yet, that
doesn’t give us permission to hide from the world. If we insist on keeping our
music locked up inside ourselves, we’ll always be winking in the dark. There’s
a balance. That’s the theme in this movie. Not just fame, but shame. The
crippling fear of creative vulnerability. The willingness to stick yourself out
there, quite literally, even if that means dancing with your friends down a
crowded avenue. Because even know the father and son constantly argue over the
boy’s reluctance to play his music publicly, the kid’s gotta learn to love
what’s good for him eventually. That’s the only way to become legendary. How time did you spend working on your
legacy today

Don’t be stopped by
not knowing how. This scene represents the herald in the hero’s journey. The
act to signal change. The moment that invite the character to answer the call
to adventure and motivate into action, despite his frequent desire to maintain
the status quo. Bruno resists, though. He complains that his tapes aren’t ready
yet. That they’re not supposed to be played. But his father is right. Look at
the people. They don’t know it’s not ready. They like it. Is he really going to try and argue with a dancing mob of
teenagers the middle of the busiest street in the nation? Do the math, kid. And
that’s what I love about the creative process. You’re never really ready. If
you always waited until you were ready, you’d never produce anything. Just aim
for eighty percent and jump. You’re the only one sweating over the twenty. The
point is, whether you’re writing dance music, making abstract paintings or
hosting your own cooking show, finished is better than perfect. Failure stems
less from poor planning and more from the timidity to proceed. Don’t make gods
out of your plans. Just go. What inner
conflict is slowing your creativity down?

All love is saying
yes to something. Bruno was right, that lunatic stole his tape. But it’s
still the best thing that could have happened to his career as a musician. He
doesn’t know it yet, but the whole course of his life will pivot on this
encounter. People will remember his
name. And in five years, he’s going to look back and think to himself, boy am I
glad that my dad blasted that song from the roof of his car. In fact, every
artist should be lucky enough to have a parent like that. Relentlessly
affirming, instantly encouraging, endlessly participating, radically accepting.
That’s the kind of support system that makes or breaks an artist. This scene
actually reminds me of my own family. Growing up, we seven grandchildren were
never met with tilted heads. Whatever artistic endeavors we pursued, whatever
magnificent obsessions we turned our brains over to, there wasn’t an elder in
the room who wasn’t on board at a moment’s notice. And that’s the reason each
of us went on to have unique and interesting and meaningful creative lives. What are the characteristics of the most
supportive possible environment you can think of for your own creative work?