Moments of Conception 058 — The Pigeon Scene from Last Crusade 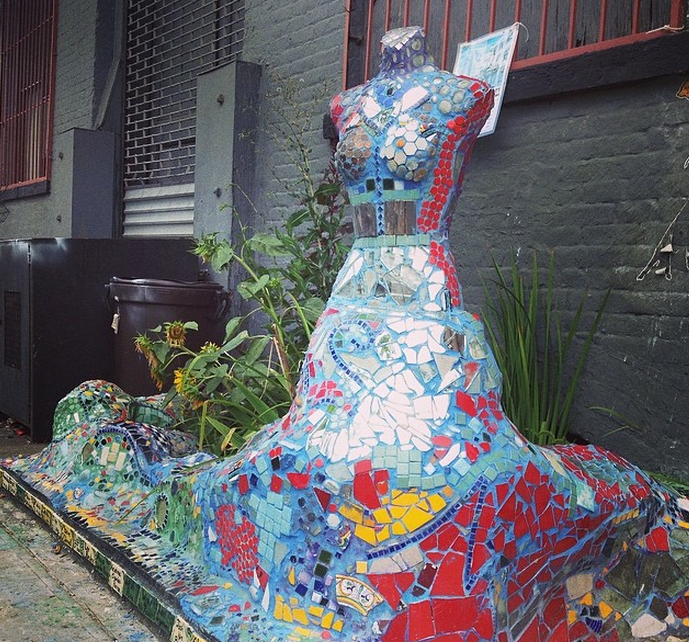 Today’s clip comes from the pigeon scene in Indian Jones & The Last Crusade:


Everything is grist
for the creative mill. In the problem solving process, our first instinct
is to look for answers externally. But in most cases, the answer lies within.
Something we already know is precisely what we need to find the solution. It’s
simply a matter of trusting our resources. Believing we are well equipped to
handle our creative challenges. Henry, a lifelong scholar of history, suddenly
remembers an inspiring quotation from a famous historical figure. And so, he bridges, seeking
connections and noticing natural relationships between that
reference and his current situation. That’s what gives him the idea to take
down the nazi airplane with an umbrella and a flock of pigeons. And as the
propeller shreds the birds into a feathery white puree and clogs the engine, it
all makes sense. Henry’s entire life has prepared him for this very moment. His
expansive landscape of interconnected knowledge and experiences has made him a
powerful recombinant thinker and inventor. All he needed was the right moment
into which he could compress that training. What do you already know that will help you
solve this problem?

Create without a crutch.
Henry is a scholar. A man who fights battles with his mind. Someone who
doesn’t require an automatic weapon or a custom retractable hang gliding spy gadget
to defeat the enemy. Just an ordinary umbrella and a little help from nature.
That’s about as low tech as you can get. It’s a humbling reminder that
creativity isn’t always about having the right equipment. In fact, there’s no
historical relationship between technology and innovation. That’s like the
amateur golfer trying to buy a lower score with a titanium driver. The
reality is, if you really had an
amazing swing and a deep understanding of the game, you could shoot par with a
rusty set of rented clubs. Real artists work the same way. They can create
anytime, anywhere. People who refuse to go to work unless the have the right
tools are unprofessional hack procrastinators. True art is equipment agnostic. Which of your own excuses are you falling in
love with?

Walk with the wise. Indiana
wears a proud expression as he sees his father in a new light. Even he can
admit, that was pretty cool. And as
he watches his father’s cheeky stride on the beach, using the very umbrella he
just saved their lives with to shield the sun, he realizes how inspirational this
moment truly is. In fact, the actual meaning of the word inspiration is to arouse reverence. And one of the ways we do that
is to surround ourselves with people who challenge and inspire us. To play with
those who raise our game. Because there are three kinds of people in the world:
Those who make us less than we are, those who keep us where we are, and those
who push us to what we might become. And so, next time we’re wondering why our
creative output is lagging, it’s often because our human input is lacking. Perhaps
it’s time to prune the hedges. Are you
willing to personally amputate anyone who doesn’t believe in or support you?