Moments of Conception 007 — The Hospital Scene from The Rainmaker 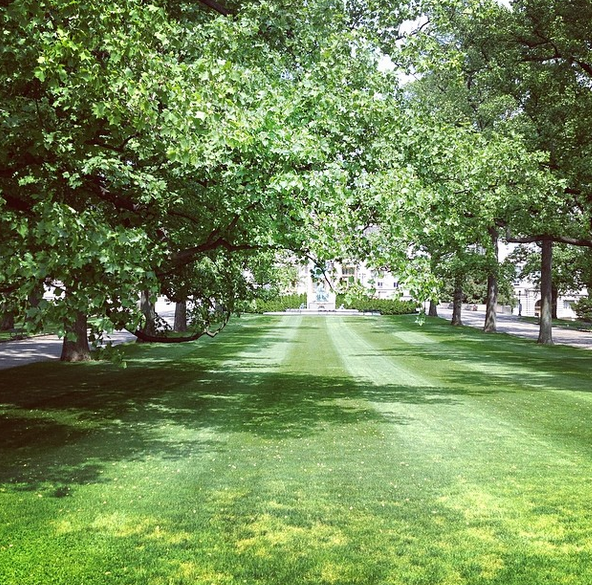 Jolie Holland once said that the creative process was like you’re walking around eating poetry
and then you throw up a song at the end.

Because
wherever you look, there’s something to see. Your mind trains itself to
have a very sensitive radar, which tees up a part of your awareness to be more
focused on potential value. And by acting as if there might be value, suddenly,
it feels like the world has arranged itself for your work. This allows ideas to just fall out of you, since
you now have the frame.

Today’s clip comes from the hospital scene of The Rainmaker:

Every creator needs a
good low. Rudy finds himself on the verge of bankruptcy, living out of his
car, working out of a hospital cafeteria, reduced to the corrupt world of
ambulance chasing and fighting against a competing firm of experienced and
devious lawyers who would stop at nothing to crush him. Talk about necessity
being the mother of invention. Rudy’s
situation forces him to marshal his creative resources and persist in the face
of incredible odds. But this isn’t uncommon for most creative professional. I
remember watching this movie when I first started my publishing business. At
the time, my life situation was in desperate need of a change. I was making
zero money and still living with my parents. Interestingly, this very scene
inspired me to start taking my laptop to the neighborhood grocery store to put
in a few extra hours of work on the weeknights. The environment was perfect. The
store had a twenty four hour café with free wifi, tons of great signs, snacks
and smells, and plenty of interesting people to interact with. I even wrote a
popular article
about my experience. Proving, that creativity doesn’t just come from getting
high, it comes from getting low. Lesson learned, next time life hands you a
pile of shit, try to grow something.

Go fishing for
inspiration. Rudy could have studied for the bar exam anywhere. But his
mentor helped him understand that best way to increase the probability of
success was by putting yourself in the way of it. To find your pool of
prospects and start swimming there regularly. Of course, this is useful advice for rainmakers of any
professional services firms. But it’s also an intelligent strategy for
collectors, creators and communicators of ideas. Inspiration, after all, isn’t
something you find, it’s something you beguile.
And part of that creative process is being strategic about your physical
surroundings. Because the exciting part is, when you put yourself in the way of
finding what you seek, you often discover more and better than what you sought.
Rudy was merely hoping to sign up a few new prospects for his personal injury
practice. But through the magic of proximity and serendipity, he encountered Kelly,
who kicked open the door to the world of civil litigation. Rudy caught a
bigger, truer and more beautiful fish than he ever anticipated. All because he showed
up at the right pond every night.

Those who lose their
virginity, win. Rudy, fresh out of law school, naively believes criminals
are entitled to a defense and have a right to their day in court. But when he
encounters Kelly, the battered wife whose husband savagely attacked her with baseball
bat to the point of hospitalization, his perspective starts to shift. Not
because he read some hypothetical case study in a textbook, but because he sat
down with a devastated soul in hospital cafeteria on a dark night and listened
to a real story from a real person. In this moment, Rudy loses his professional
virginity. He enters into a new level of awareness and maturity about himself
and the world in which he lives. Yes, it’s the end of innocence, but it’s also
the beginning of opportunity. This crucial conversation sends his character on
a trajectory, one that ultimately allows him to win his one and only case as a
trial lawyer. And after that experience, Rudy abandons his law practice and
pursues a teaching career with a focus on ethical legal behavior. Interesting,
considering he initially imagined spending his days in a courtroom. Perhaps
creative careers come with their own agenda.