It’s All About the Sticker: 7 Ways to Enshrine Your Business 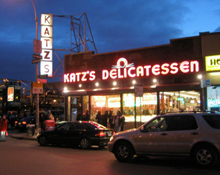 Katz’s Deli is a delicatessen on the Lower East Side of New York City. Been around since 1888.

But it’s not just any old deli.

Katz’s was the site of Meg Ryan’s famous fake-orgasm scene (“I’ll have what she’s having”) in the 1989 romantic comedy When Harry Met Sally.

THE BEST PART: the table at which she and Billy Crystal sat is clearly marked with a sign that says, “Where Harry met Sally…hope you have what she had!” 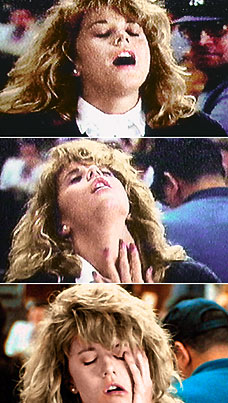 Think about it. Go to your local Borders and grab any bestselling book. Somewhere on the front cover there will most likely be a little sticker. A starburst. An emblem. A little extra eye-catching piece of signage.

It’s about credibility.
It’s about leveraging the media.
It’s about upping the value perception of your product.

It’s all about the sticker.

Of course, it doesn’t actually have to be a “sticker.”

Just something (anything!) that ENSHRINES your product, company, service or website.

Here’s a list of Seven Ways to Enshrine Your Business. By using these leverage techniques, you will create a more valuable, more credible perception of your brand:

Whichever enshrining technique you use, one thing’s for certain…

Next time a potential customer comes to your store, website or place of business, they’re gonna see it. And just like with Meg Ryan, they’ll be thinking, “I’ll have what she’s having!”

LET ME ASK YA THIS…
Have you enshrined your business yet?

LET ME SUGGEST THIS…
Get a sticker. (Or any kind of enshrining tool) Take a picture and link to it here!

Are you GOOD, GREAT or AWESOME?
The Paradox of Inspiration
The difference between A and THEE