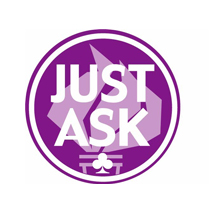 Do you want to appear more approachable these type of situations?

It brings to mind the words of Aristotle, who once said, “He who persuades me with my own words is the best.”

Next, let’s explore the core differences between these two actions:

ASKING is curious.
TELLING is judgmental.

ASKING is engaging.
TELLING is one-sided.

ASKING uncovers information that helps you present your ideas in a highly customized manner.
TELLING overlooks information and assumes you already know what somebody needs.

You understand the value of asking, not telling.

You understand the difference between asking and telling.

Now it’s time to heighten the approachability of your language

Here are several examples of how to ASK instead of TELL:

4. DON’T SAY, “Here’s why you need my product…”
DO ASK, “What are your biggest challenges with…?”

7. DON’T SAY, “You should have been more successful!”
DO SAY, “What else would need to happen for you to accomplish your goal?”

LET ME ASK YA THIS…
Do you ask more or tell more?

LET ME SUGGEST THIS…
Think of the last time you had greater success asking, not telling. Share your story here!