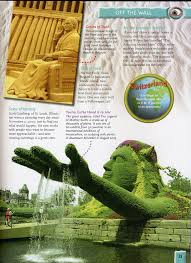 Ripley’s is known as the sprawling collection of curiosities.

From shrunken to unusual animals to human beings that hammer nails into their noses, they catalog just about everything you have never thought of.

It originally launched as newspaper cartoon in the early nineteen hundreds, but since that time, the franchise has adapted into a wide variety of formats, including radio, television, comic books, a chain of museums, and a book series.

The most compelling part of their publication is, they deal in bizarre events and items so strange and unusual that readers might question the claims. Hence the moniker, believe it or not.

When my nametag story was featured in their annual book series, my reaction was eighty percent excitement, twenty percent embarrassment. Because on one hand, it further adds to both the hilarity and credibility of my story. On the other hand, the man whose picture appears next to me in the book is a guy known as the human pin cushion, as he’s famous for hammering nails into his own face.

Isn’t that the beauty of life? There’s always someone weirder than you.

There’s a powerful lesson within this story. Ripley’s, this sprawling collection of curiosities, is one of the few places where abnormality is celebrated, not scorned. Each freak in this community, myself included, breathes rarified air because of the very uniqueness for which we have been so ridiculed.

Isn’t that the beauty of life? There’s always someone weirder than you.

And that’s the nature of remarkable ideas. They are often easily dismissed at first, but before you know it, people can’t stop talking about them.

It’s like one of those vintage game shows where panelists were presented with three contestants and must identify which character was not an imposter, despite their most unusual occupation or experience.

Remember, most ideas are ignored. If people pay attention to yours, especially because it’s so strange and unusual that they question its validity, then you’re probably doing something right. It might just take a little longer to catch on.

Hopefully you’ll still be around when the world is finally ready for you.

LET ME ASK YA THIS…
Will your story survive scrutiny long enough to be told to more people?