10 mistakes that changed the world 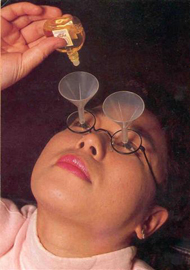 Historically, making mistakes has been a leading cause of creative breakthroughs.

So, if you want to motivate YOUR melon and increase your innovative prowess, check out this list of 10 mistakes that changed the world.

NOTE: each of these vignettes has a Leverage Question at the end to get you thinking about how to score with your screw-ups!

1. One morning in 1930, Ruth Wakefield ran out of baker’s chocolate. So, she brought home semi-sweet chocolate, broke it into pieces and threw it into the dough. And the very first chocolate chip cookie was born!

MAKE THIS MISTAKE: What replacement ingredient could you use?

2. In 1886 while concocting a form of medicine, John Pemberton accidentally added carbonated water instead of plain water to his recipe. When he tasted it, this new drink was so delicious and refreshing, it was later popularized as Coca-Cola.

MAKE THIS MISTAKE: Instead of using the “generic” version of your ingredient, what exotic item could you use?

3. Centuries ago, a Chinese emperor named Shen Nung was boiling water outside when leaves from a nearby tree fell into the pot. He tasted it, enjoyed it, thus creating the very first cup of tea!

MAKE THIS MISTAKE: What would happen if you did your creative work outdoors?

4. At the 1904 World’s Fair, waffle maker Ernest Hamwi noticed a fellow vendor’s booth ran out of dishes to serve ice cream. Just to be helpful, he rolled up one of his waffles into a cone and made an instant hit!

MAKE THIS MISTAKE: How could you join forces with your tradeshow neighbors?

5. One morning, centuries ago, Iroquois Chief Woksis threw his tomahawk into a nearby tree. When he returned the next day, he pulled the tool from the bark only to notice sap furiously dripping onto the ground! If only pancakes had been invented yet…

MAKE THIS MISTAKE: How could you temporarily abandon your idea?

6. In 1928, Alexander Fleming accidentally left a loaf of bread on his windowsill for too long. When he returned and noticed mold, instead of throwing it away, he reexamined the bread and discovered something called staphylococci. That substance eventually created penicillin!

MAKE THIS MISTAKE: What if you left your idea sitting on your window?

7. In the 1870’s at a soap factory, a workman went to lunch and left the machine running. When he returned, he noticed that air had been worked into the mixture, thus hardening the soap! He later poured into frames and began selling it by the bar and made Ivory a FORTUNE.

MAKE THIS MISTAKE: What if you left your idea alone during lunch?

8. In 1905, a young student named Frank Epperson was mixing soda-water powder and water one day. He then accidentally left the mixture on his back porch overnight with the stirring stick still in it, only to return to find the very first Popsicle!

MAKE THIS MISTAKE: What if you left your idea outside overnight?

9. Harry Brearly was a metal worker who threw his old scraps into a junk pile. On day in 1913, he noticed that certain old pieces rusted quicker than others. After analyzing the metal, he found the element that helped produce stainless steel!

MAKE THIS MISTAKE: How could you reuse something people threw away or quit on?

10. In 1907, Arthur Scott, head of Scott Paper Company, had a shipment of paper returned to him by a customer. They complained it was “too hard and wrinkly,” so instead of throwing it away, he cut it into individual sheets and began selling it as “paper towels.”

MAKE THIS MISTAKE: What is another use for this failure?

LET ME ASK YA THIS…
What have you learned from a recent mistake?

If so, perhaps I could help on a more personal, one-on-one basis.