The Word of Mouth Gods have shined down upon me! 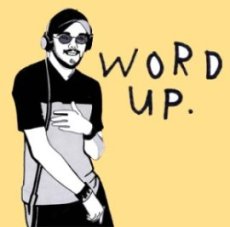 You can’t deny it: word of mouth works.

And the most fascinating about WOM are the little stories, encounters and contexts in which it is spread. Me, I monitor my company’s word of mouth in a WOM journal. (I suggest you do the same with your company.)

Anyway, the WOM Gods have been good to me this year, so here are 11 recent encounters that have boosted sales, increased visibility and enhanced crediblity. Enjoy!

JANUARY 18, 2006: Today I did an interview on my local FOX affiliate. How did I secure that spot? Well, the lead anchor for the network was getting his hairs cut by the fiancé of a client of mine. He was telling her a story about a nametag, which prompted her to spend several minutes telling him about my business.

THE WORD: it’s not about sneezers, mavens or specific people – everyone spreads WOM. Everyone. All the time. And they do so when you own a word in their minds. Remember: mindshare, not marketshare.

APRIL 1, 2006: According to one of my clients, the reason she hired me was: her boss left my business card on her keyboard with a sticky note that read: get this guy!

THE WORD: make your business card SO good, that people not only keep it, they show it to their boss.

APRIL 12, 2006: Went to the new Busch Stadium yesterday. Everyone was excited about the Text Message Board. For $2.99 you could send a text message to the number 78364 and minutes later it would appear on the screen for 50,000 people to see. So, on opening day I messaged, “HELLO, my name is Scott!” Unfortunately the screen malfunctioned and I never saw my brand name during the game. However, today my parents went to the game and during the third inning, they saw my message. They called me right away to give me the exciting news. After they hung up, the man sitting next to them said, “Wait, The Nametag Guy is your SON?”

THE WORD: word of mouth thrives in serendipitous “No shit?!” moments.

APRIL 22, 2006: After hearing me speak at a BNI meeting last night, my friend Curt had lunch with one of his out of town colleagues who said, “Hey, have you heard about this guy who wears a nametag all the time?” Curt then spent the rest of the meal reading his speech notes to his colleague!

THE WORD: the best spreaders of WOM are your fans. Again, that’s FANS, not customers.

MAY 7, 2006: Today my friend Ed invited me to be a guest at his church. During the sermon his pastor asked everyone in the congregation to “greet their neighbor.” When I introduced myself to the guy next to me he said, “Oh yeah, Scott! I know you! You’re Ed’s friend who wears the nametag.”

THE WORD: word of mouth isn’t limited to business hours, or even to businesses! It happens everywhere.

MAY 25, 2006: Last week I emailed my friend Karen with a link to the story I contributed to in FastCompany. As a writer for the St. Louis Post Dispatch, she unexpectedly posted my story on her Business Connections Blog. Today my picture and website appeared on the front page of the paper. Wow.

THE WORD: coverage online often leads to coverage in print.

JUNE 19, 2006: Last night during dinner with my friend and fellow speaker Jeff Magee, I told the story about getting a nametag tattooed on my chest. A few minutes later, the women at the table next to us said, “Excuse me, but, aren’t you that guy who wears the nametag all the time? Yeah, I saw you give a speech once! You were great!”

THE WORD: you never know who might be listening, so you better be honest, consistent and authentic.

JUNE 20, 2006: After my speech in Ellensburg, WA today, a woman from the audience told me that she’d just had dinner the night before with a woman who’d seen me speak before. Her friend said, “You’ve got to get that guy to come to Washington!”

THE WORD: if people say, “Your ears must be ringing!” well done.

JUNE 23, 2006: Attended a wedding in Chicago this weekend. My childhood friend Andrew introduced me to his girlfriend. She asked why I was wearing a nametag and I told her. She then responded by saying, “Wow! That’s so funny. Have you heard about that guy who wears a nametag all the time?” I asked her if I was the guy she’d heard of. She said, “No Scott, it couldn’t be you – this guy’s CRAZY! He’s even got a nametag tattooed on his chest!” I showed it to her. She was speechless. Like, for the rest of the night.

THE WORD: if somebody doesn’t believe you’re the person they’ve been hearing about, you better be prepared to prove it to them!

AUGUST 12, 2006: Today I got an email from a woman who said, “Scott, I was reading your books on my flight to Houston yesterday. The guy next to me asked about them, so I spent the entire plane ride talking about you! He’s going to order several copies for his business!”

THE WORD: is your idea cool enough that complete strangers would ask someone sitting next to them on a plane what it’s all about?

SEPTEMBER 5, 2006: Spoke at a college in Santa Barbara yesterday. My client asked me, “Hey Scott, did I ever tell you how I came across your name? Well, my former partner from Delaware was a big fan of yours. He actually created a program at his university based around your first book that won him an award! He let me borrow it, I went to your website, and three years later, I booked you!”

THE WORD: it takes time. Sometimes years. But when it catches up with you, it does so in a BIG way.

LET ME ASK YA THIS…
How is WOM working for your business?

LET ME SUGGEST THIS…
Keep a WOM journal. Date it. Localize each entry. Figure out the trends, the lessons, the stuff you did right. Repeat often.