What if you practiced EVERYTHING? 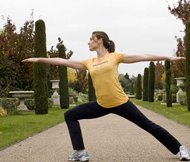 “That’s the difference between me and you, Danny,” he explains to his young apprentice, “You practice gymnastics. I practice EVERYTHING.”

SO, MY QUESTION IS: What are YOU practicing?

Now, I bet if you asked a hundred people, their answers might include activities like: musical scales, free-throws or magic tricks; listening, patience or question-asking; and mediation, mindfulness or yoga.

Because all of those things are important to practice.

BUT, I CHALLENGE YOU: Rethink your definition of the word “practice.”

Because it’s not just a word. It’s not just some action you do repeatedly for twenty minutes a day.

It’s a religion. And by that I don’t mean “The Divine” or “Your Personal Faith,” but rather whatever your life is dedicated most to.

So, the follow-up question to, “What are you practicing?” is…

How could you approach everything you do as practice?

Wow. What a concept.

This goes WAY beyond practicing musical scales or magic tricks.

Yes, all of these things can be practiced.

But only if your definition of the word, “practice” evolves.

Because you’re not striving for perfection.

You’re not striving at all.

You’re not waiting for The Main Event, The Big Competition or Game Day.

EVERY day is game day. Every moment is game moment. And NOW, this present experience, IS practice. For its own sake. For the love of practice.

My education in the religion of practice has evolved from three key periods in my life:

ONE: MUSIC
I first understood the value of practice when I began playing, composing, recording and performing music at the age of 12. My dad, who taught me music – both the art of appreciating AND playing it – said it best: “You just have to play everyday.”

Practicing music is just what musicians DO.

TWO: WRITING
I further understood the value of practice when I started my company in 2002. As a writer, all my mentors’ advice all pointed to the same thing: “A writer writes. Always.” http://www.blogger.com/img/blank.gif

So, you practice writing. Every single day, without exception. It doesn’t matter if you create one line, one page or one chapter on that day.

Practicing writing is just what writers DO.

As my favorite author, Steven Pressfield once said, “All that matters is having the courage to sit down a try, every day.”

THREE: YOGA
Then, in 2008, my philosophy evolved to a new level. Once I started practicing yoga, THAT act became the vehicle for awakening to the TRUE value of practice.

Yoga rocked my world. It shook my soul. It changed me forever. Physically, mentally, spiritually and emotionally. And the cool part was, as a student of yoga, I learned that you don’t “go to yoga class.”

You go to practice.

AND HERE’S THE BEST PART: You never “get better” at anything.

Every day. Even if you can’t make it into the studio every day. After all, your yoga “practice” is isn’t something that’s limited to the studio.

Practicing is just what yogis DO.

As Hatha Yoga guru Bikram Choudhry says, “It’s never too late, it’s never too bad, and you’re never too old or too sick to start from scratch once again.”

So, as my philosophy of practice has evolved, I’ve started to ask myself a few NEW questions. For example:

Not to achieve anything. Not to prepare for anything. Just for the practice.

Wouldn’t it be cool to shift your attitude in a way that, at ANY POINT during the day, if someone called your cell phone and asked, “So, what are you up to right now?” you could ALWAYS respond with, “Just practicing”?

Because, simply out of curiosity, your friend on the other end of the phone would HAVE to ask, “Oh yeah? What are you practicing?”

Simply because you made the conscious decision to practice EVERYTHING.

The world is your studio.

LET ME ASK YA THIS…
What are you practicing?

LET ME SUGGEST THIS…
For the list called, “31 Uncommon Practices that Lead to Wealth and Wisdom,” send an email to me, and I’ll send you the list for free!

Start with Silly: 5 Ways to Let Playfulness Pave the Way
11 Patterns Every Entrepreneur MUST Recognize
You can’t listen to others until you’ve listened to yourself first