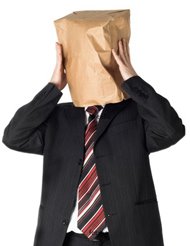 For most writers, the answer is the latter.

Probably because of the whole “bleeding on the page thing.”

Because that’s essentially what writing is.

Sitting down every morning, opening a vein and drenching the canvas with your Truth.

“Like walking across a stage naked,” my mentor used to tell me.

SO, THAT’S THE CHALLENGE: Overcoming your initial fear of exposing your Truth.

And I say initial because that fear doesn’t last. Not if you don’t want it to.

Early on in my career as a writer, that fear haunted me for about two years.

I had just graduated of college.
I had just finished my first book.
I had just started my own publishing company.

Not bad. Looked like my writing career was off to a great start.

The problem, however, was this new trend called “blogging.”

But I had a gut feeling about it. I knew it was on the rise. I knew I wanted to do it. And I knew it would become a powerful tool for building my platform, staying in touch with readers and fans, and sharing my philosophy with the world.

There was just ONE problem.

When you post on a blog, ANYBODY in the world can see it.

Combine that with the fact that the Internet is FOREVER, it’s understandable why so many writers are initially hesitant to share their work with the world.

That’s what I did.

Whether you publish a blog, post on message boards or submit articles to online databases, anonymity can be a powerful tool for overcoming your writing apprehension. And in my experience of publishing sans noman, I’ve learned five key lessons:

1. Anonymity Enables Detachment. OK. Maybe your thoughts are too personal, too racey or too controversial – and you don’t want to be personally identified with them. That’s cool. Just DON’T sign your name. Or get a pseudonym. Anything to dissociate from the material.

By writing anonymously, you take your ego out of the equation. You remove the threat of rejection. And this disassociation prevents you from becoming overly defensive when someone reacts negatively (or worse yet, not at all!) to your writing.

WRITE THIS DOWN: Criticism hurts less when it’s attached to your work, not your monogram.

2. Anonymity Builds Confidence. I blogged anonymously for six months before I ever DARED to put my real name on anything. I just stuck myself out there. And even though nothing happened initially; over time, people just started to find me. I’m not sure how. They just did. And they started commenting on my posts, thanking me for my honesty, humor and creativity. What a confidence booster!

Eventually, as those small victories accumulated, I abandoned the anonymous blog and started blogging for REAL. And now, six years later, it’s one of the Top 100 Business Blogs on the Web.

My suggestion: Brainstorm a list of twenty online venues in which you can solidify some solid, small victories. Write your butt off! And be sure to keep a list of those victories and revisit it daily. Over time, you’ll approach a threshold level. And eventually, you’ll feel comfortable making the transition from anonymous to famous!

WRITE THIS DOWN: Confidence builds through small victories.

3. Anonymity Encourages “Process” Writing. When you start an anonymous blog, your goal is to simply write for the sake of writing. To get better. To have fun. No pressure. No expectations. This process is called autotelic creativity, defined by bestselling author Dr. Mihaly Csíkszentmihályi as, “Doing something solely to feel the experience it provides, not to achieve a specific goal.”

This is the best part of writing anonymously. Because even if nobody reads your work, even if you don’t get a single comment from a single reader, at least you got a lot of practice. That’s the lowest common denominator.

WRITE THIS DOWN: When you expect nothing, failure is impossible.

4. Anonymity Invites Truth. Ever been in a crowded movie theater and laughed REALLY loudly at something that you would normally NOT laugh at for fear of being perceived as insensitive? Mel Brook’s Blazing Saddles is a perfect example of is.

Remember the scene when the cop on the horse yells at Mongo for illegally parking his animal outside of the saloon? And remember what Mongo does? That’s right. He moseys right up to the horse, PUNCHES it in the kisser and watches it tumble to the dirt.

According to Bob Mankoff, Humor Anthropologist and editor of The New Yorker Cartoon Book, that’s the way humor works. “When we’re anonymous, there’s no need for self-protection,” he said during a speech I attended in 2006.

The point is: Anonymity invites truth. That’s why hatemail is rarely signed. Anonymity subconsciously grants you permission speak from your core without being held responsible. So, when you publish blog posts, articles or threads on message boards without using your real name, you’ll feel free to speak from the heart. And eventually, as your confidence and comfort increases, soon you’ll feel free write from the heart AND sign your name at the bottom of the page.

WRITE THIS DOWN: It’s impossible to LOSE face if nobody can SEE your face.

5. Anonymity Tests Reader Connection. Two common reasons excuses for NOT writing are, “But nobody wants to read what I have to say,” and “Who would relate to MY boring, ordinary life?”

Secondly, your everyday life is what people relate to. Just turn on the TV. The most popular programs right now are all reality shows. Or, go back to the 90’s. The most popular comedy in the history of network television was a show about NOTHING!

Lastly, the Internet is a pretty big place. And there’s a market for just about everything. So, just post anyway. You’ll be amazed. My philosophy is, “Whatever you have to say, there’s probably a thousand people somewhere on the Internet who agree with you.”

THE GOOD NEWS IS: There’s never been a greater time in history to be a writer. From blogs to message boards to Twitter to article databases, the tools available for building your online platform and growing your fan base are endless.

THE BAD NEWS IS: The fear of exposing one’s true self on the page is responsible for the daily death of a million masterpieces.

I challenge you to create an anonymous writing practice for the next six months.

Six months. That’s all I ask. And I PROMISE that eventually, you’ll learn to trust your own voice, to embrace your truth. And once you’ve sufficiently drenched the page with your own blood, you’ll have no problem signing your name after it.

REMEMBER: Walking across a stage naked isn’t so bad when you’ve got a bag over your head.

LET ME ASK YA THIS…
How are you overcoming your writing fears?

LET ME SUGGEST THIS…
For the list called, “9 Things Every Writer Needs to Do Every Day,” send an email to me, and I’ll send you the list for free!