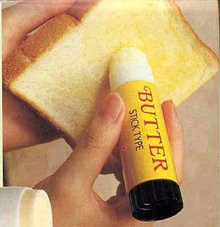 Soda Jerk
Virginia. 1880’s. The characters were: 1) A mischievous young employee at the neighborhood soda fountain, 2) The local doctor who owned the soda fountain, and 3) His beautiful young daughter who drove that boy crazy.

Seeing little future in the lives of the two lovebirds, Doc fired the boy.

Heartbroken, he moved to Texas. But he took with him a unique skill of discovering new fountain drinks by mixing shots of several existing flavors. One afternoon, he found one he liked. Actually, it was one that EVERYONE liked. Including a famous beverage chemist who just so happened to sit down at his counter that very day.

For lack of a better name, patrons dubbed his drink “Dr. Pepper,” teasing the young fountaineer about his long distance girlfriend and her overbearing father.

I’m sure he was laughing too. All the way to the bank!

CREATIVITY TRIO
1. There’s no better creative inspiration than a broken heart.
2. You never know who’s sitting at your counter.
3. Whatever people make fun of you for, find out how to use that to make money.

A Lot Riding on You
Charlie was a curious and inventive 21 year old. Early in his career, he received a government grant to make rubber mailbags. But he found little success. The material melted in hot temperatures.

He worked long and hard to make ends meet. He was imprisoned for non-payment of debts. People called him a crazy man. Living in squalor, Charlie barely could afford to feed his family. Unhappy with their living conditions, his wife finally forbade him from any further experimentation.

Like a typical man, Charlie didn’t listen to her. And on a February morning in 1839 when his wife had gone to the market, he began kneading a batch of rubber over the kitchen stove. Upon her unexpected return, he hastily heaved the batch into the hot stove.

A few moments later he retrieved the charred rubber from the burning pot.

And the rest was history.

It felt like leather. It looked black like sulphur. And it appeared to have the strength to withstand cold and hot temperatures.

On that day, the rubber tire was born. And for Charlie and his family, you could say it was definitely a “good year.”

CREATIVITY TRIO
1. Listen to everybody or listen to nobody.
2. Haste doesn’t always create waste.
3. If everybody says you’re out of your mind, you just might be onto something.