More Fully Flesh Out Your Work 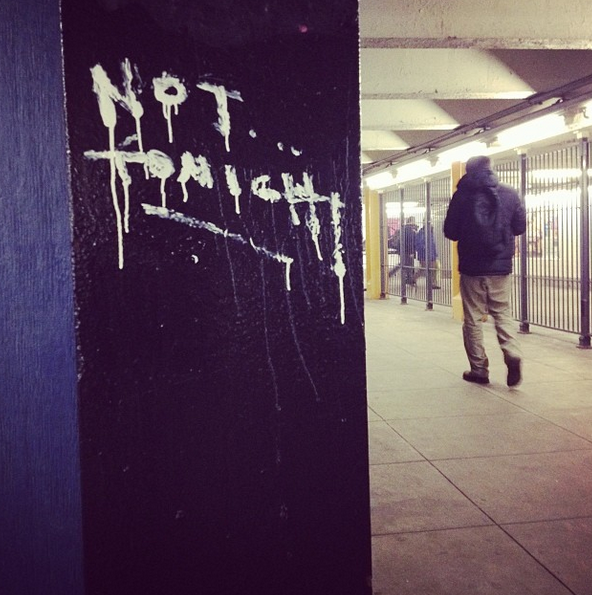 Life is preaching to us all the time.

And as creators,
people with hypersensitive relationships to the world, we have a responsibility
to make the word become flesh.

Because all we need is one idea, one thought, one image, one
metaphor, one sentence, one poetic turn of a phrase, which we feel deep in
their bones and can’t wait to share with the world, and we’ll make a meal out
of it.

He’d begin with a single note.

But over time, his notes would take on a life of their own.
They’d start to find each other and become a family of ideas. And before he
knew it, George would be sitting on sixty minutes of new material for his next
standup special, all of which originated from that first note, that crucial
moment of creative conception, that little piece of kindling that got the fire
going.

And the best part about the process was, once the bonfire
was blazing, nobody even remembered the piece of toilet paper that started it.
Any piece of creation radiates outward and multiples itself until perhaps the
original thing cannot be identified.

Edward DeBono, the godfather of creativity, has published a
substantial amount of research on the process of fully fleshing out your work.
He calls it movement value, which is
the creative habit of recognizing beginnings. Identifying concepts that allow
you to breed other ideas from those concepts, spawning as many creative
offspring as possible.

Debono’s work found that the daily process of making the
word become flesh can actually become a form of muscle memory. In the same way
that a yogi’s hips snap into the downward dog position, the motor task of
documenting meaningful things you notice can eventually become something you
perform without conscious effort.

We have to get good at noticing the moment of conception. That
thing when we say to ourselves, hey wait,
I think there’s something there.

And you feel your head and heart begin to make their voice
known, louder and louder, insisting that you give this moment attention, so you
respond by thinking, oh man, something
badly wants to be built here,
something desperately wants to move from word to flesh, so you open your
heart to what wants to be born, follow that vibe and see where it takes you.

Because every moment of conception has an engine, a spark
and an energy source. A pulse that all the other ideas hum with and grow from
and move around and work off of.

And once you spot that moment of conception, the real
discipline is harnessing its energy source to populate all of the implications
and applications and situations and locations and motivations and concepts and patterns
and stories and images and actions and insights and numbers and observations
and decorations and declarations and invitations and questions and
consequences, that are connected to it.

It helps you recognizing what you’re handling.