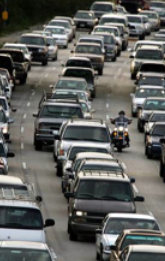 I was running late to yoga class the other day.

So, I decided to take a shortcut.

Not surprisingly, the shortcut took twice as long as the original route.

How many times has that happened to you?

WHY: Because shortcuts are stressful, expensive and time intensive.

But we take them anyway to impress ourselves.

Or, on occasion, to impress the cute girl riding shotgun.

In fact, in the pre-GPS years, I can’t even begin count the number of shortcut attempts I made on first dates that ended up getting me lost.

As you can guess, there weren’t a lot of second dates.

HERE’S THE POINT: I’m a big fan of taking the longcut. And I’ve identified several types of longcuts you might want to consider.

1. Take the critical MASS longcut. Seth Godin’s blog explained, “Critical mass is the pay off from focused, consistent effort. Critical mass is what you DON’T get if you are constantly working the angles and looking for a shortcut.”

For example, John Mayer has over two million followers on Twitter. Now, it only took him a year or so to achieve that number. But it was (actually) the hundreds of shows and thousands of hours he’s been slugging out since he was in college that ultimately enabled that to happen.

LEVERAGE THE LONGCUT: When will you achieve critical mass?

2. Take the critical NUMBER longcut. Malcolm Gladwell explained in his book, Outliers, that 10,000 hours is the mark of mastery. According to Gladwell, it takes about 10,000 hours (approximately ten years) of deliberate practice to truly master a subject area or skill.

So, whether you’re a singer, writer, swimmer or dog trainer, rigorous training and precision drilling are prerequisites of mastery.

LEVERAGE THE LONGCUT: How many hours have you clocked?

3. Take the critical CONTENT longcut. Seth Godin also remarked, “It’s not so hard. If you make great stuff, people will find you. If you are transparent and accurate and doing what’s good for the searchers, people will find you. If you regularly demonstrate knowledge of content that’s worth seeking out, people (being selfish) will come, and people (being generous) will tell other people.”

Think about how much energy you waste on shortcuts every day. Now think about how that same energy could be wisely redirected into taking longcuts for things that (actually) matter.

LEVERAGE THE LONGCUT: How efficient are your patterns of energy investment?

4. Take the critical PATIENCE longcut. In a 2008 episode of HBO’s Real Time, Bill Maher said, “When did Americans become the ‘Something for Nothings’? When did we get this lotto mentality that our only chance for success was to be plucked from obscurity? Too many people get a lot for doing nothing – from models to Wall Street. And these ciphers aren’t reviled or dismissed; they’re adored for it. Maybe that’s what leads to a Guitar Hero Culture – everybody wants to be a rockstar but nobody wants to learn the chords.”

So, because of our hyperspeed, instant-gratification, A.D.D. culture, people naturally assume shortcuts aren’t just the answer – but that they’re norm too.

LEVERAGE THE LONGCUT: How impatient can you afford to be?

REMEMBER: Shortcuts cause stress, rarely succeed and often backfire. They never go unpunished. They are a refuge for slackers and a lazy man’s panacea.

Longcuts, on the other hand, lead to the finish line.

You will win BIG.

LET ME ASK YA THIS
How much money is impatience costing you?

LET ME SUGGEST THIS…
For the list called, “55 Questions Every Entrepreneur Should Ask,” send an email to me, and you win the list for free!