I Don’t Want To Be Afraid Of My Species 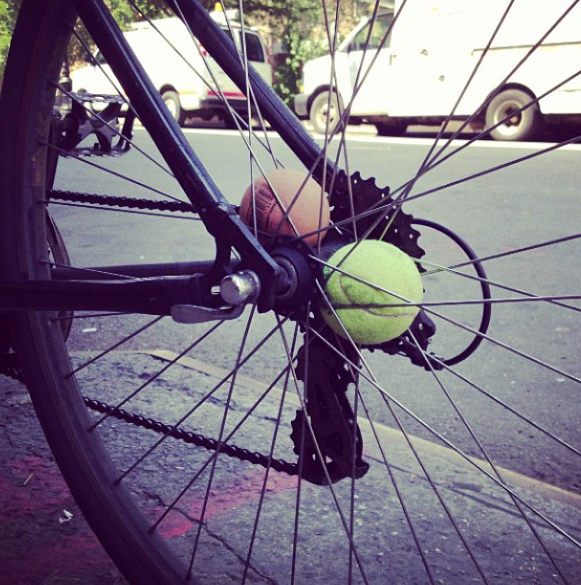 “If you’re different, there’s an otherness factor.” I recently met a women who worked as a midwife in a small African village. She said the most beautiful part about living there was, everyone looked each other in the eye. Even strangers. Especially strangers. I asked why, and she said it’s because there’s no fear there. The locals are connected in a very intimate, special way, she said, one that doesn’t have room for fear. Interesting. In New York, eye contact is considered offensive. A sign of aggression. Bordering on sinful. In this city, you feel like you don’t exist other than being an object to avoid. That’s what I love about wearing a nametag. It’s just friendly enough, just honest enough and just quirky enough that it wipes out some of the fear. Even on the subway or walking down a crowded street, people say hello before they even realize it. Cool. Inspired by white shame.

“Culture is what keeps you from screaming in your car on the
way into the office.” My company receives hundreds of letters from prospective employees every week. I remember one designer in particular. She said there was no doubt she would be a perfect fit for our organization. And I thought to myself, if you had no doubt, why wouldn’t you just show up? Seems to me, confidence in one’s abilities would spill over into their executions, not their emails. It’s one thing to brag about being the missing piece of the puzzle, it’s another thing to physically snap that piece into place. Life rewards action, not intention. Companies hire people who instigate, not pontificate.

“If you think education is expensive, wait until you see how much ignorance costs.” Awesome passage from Obama’s speech on the economy. Got me thinking about my favorite conspiracy theory––that governments, religions, businesses, media companies and other corporate behemoths have a hidden agenda to keep humanity small, scared, stupid and dreamless. It’s simply not in their best interest. A population capable of critical thinking? A society where ignorance is unforgivable offense? Not in this century. For that reason, I can’t think of anything more valuable than learning. The development of our total intellectual environment is always a worthwhile endeavor. For every book we read, that’s one less way they can control us. Jerks.

“People are basically good, and if you give them the right tools, they’ll prove it to you every day.” Biz Stone is right. Better to be occasionally disappointed than walk around with your guard up. That’s how I’m wired. I’m a people person. Human beings invigorate me with more energy than all the carbs in the world. I don’t want to fear my own species. I want to think the best of people,
to see everyone as good until proven otherwise, in the hopes that my belief
will encourage them reveal their better selves. I want to trust people until they give me a reason not to. Call me a humanist. Call me an idealist. But until I get stabbed on the subway, that’s the philosophy I’m going with.

Hell Isn’t Other People, Hell Is Trying To Change Them
Honor The Is As Well As The Ought
I’m Attracted To The Evidence Of A Mind At Work