How to Build Story Equity 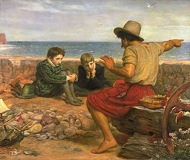 They buy the mythology you create around what you sell.
They buy the story you tell that taps into their existing worldview.
They buy the meaning they create for themselves in response to that story.

BUT: It’s not enough for people to simply understand your story.

Today we’re going to talk about building story equity into your brand:1. Make your brand deliberately mythological. Every brand needs a human story behind it. Something that gives your values a heartbeat. That’s what earns the right to have your story told. Unfortunately, a good story doesn’t happen by accident. You can’t sit back and wait for people to talk about you – you have to prime the pump. Otherwise you run the risk of being ignored.

“To invent a mythic brand, be sure that there’s a story, not just a product or a pile of facts. The story should promise and deliver a heroic outcome. And there needs to be growth and mystery as well, so the users can fill in their own blanks.”

If you’re not creating a mythology around your brand, you’re destined to a future of mediocrity. Find the story, the mythology, that’s yours and yours alone, and shot it from the rooftops. And when the right people hear it, they’ll recognize it as their own and join forces with you. What is the creation myth behind your brand?

2. Give your story a trophy. It’s not enough just to clarify your story – you also have to humanize, personify and memorialize it. Like my friend Chris, the founder of Simplifilm. Their specialty is creating digital videos for client websites. The cool part is: Chris doesn’t market them as videos – but as trophies.

“I wanted my people to feel honored, their creations to be treasured and their stories to be cherished. So we started creating limited edition posters for each client after the job was complete. We now ship them as gifts of gratitude. And when they eventually hang in the client’s office, these social objects not only memorialize the work we’ve done together, but also stimulate conversation about their story.”

That’s how you build story equity: By creating an artifact that extends the influence of your brand into the marketplace. How are you making it easy for people to tell your story?

3. Manage your story like an asset. When you wear a nametag everyday for a decade – then somehow make a successful career out of that – people are going to tell your story. I’ve tried to stop it, but failed miserably. Whether I’m attending a conference with colleagues, practicing yoga with friends, interacting online with readers or having dinner with family, people are constantly telling me stories about telling my story. Almost daily.

For this, I am eternally grateful. It’s how I’ve turned my badge into a brand. Still, every time this happens, I always listen closely for patterns, lessons, assumptions and emotions. Your challenge is to do the same.

Any time people tell you they’re telling your story, don’t just thank them – probe them. Find out where the rock created the ripple so you can go back and throw more rocks. After all, the only thing worse that being talked about is not being talked about. Who’s talking about you?

4. Your brand is a story waiting to be told. In his acclaimed book, Story, screenwriter Robert McKee explains that story isn’t a flight from reality, but a vehicle that carries us on our search for reality. It’s our best effort to make sense of the anarchy of existence. It unearths a universally human experience and wraps itself inside a unique, culture-specific expression.

That’s where smart brands are missing the mark: Their stories are boring. When people hear your story, they should be convinced that it’s a truthful metaphor for life. And it should create a rich, emotional universe that helps people carry hope to the end.

Zappos founder Tony Hsieh is the perfect example. Initially, he sold pizza to his dorm mates at Harvard. Later, started a venture capital firm on a dare from a friend. And recently, Amazon acquired him for more than a billion dollars. And now he runs the company, writes books and gives speeches on delivering happiness. That’s one hell of a human story. That’s one hell of a metaphor. Is your story an anecdote for a party or a vehicle for a movement?

5. Start positive rumors about yourself. A few years ago I was on the bike at the gym. In between sets, the guy next to me noticed my nametag. After a few moments of awkward silence, he launched right into the rumor:

“You know, I once heard a story about some guy who wore a nametag everyday in college. I think it was a sociological experiment or something. But they made a documentary about him. And think he set a world record. Pretty crazy, huh?”

I didn’t have the heart to tell him. The rumors were far too interesting to listen to. But that’s the whole point: Facts are misleading, but rumors are always revealing – even if they’re wrong. And if people aren’t currently spreading positive rumors about your brand, you might consider taking matters into your own hands. Certainly beats being ignored.

When all else fails, start gossiping about yourself. That way at least someone is talking about you. Are you a person worth spreading rumors about?

REMEMBER: Your brand tells a story whether you like it or not.

If you want to make your legend worth crossing the street for, if you want people to feel proud and eager to spread your myth, manage your story like an asset.

LET ME ASK YA THIS…
What are your predictions for the future?

What Rituals Are You Known For?
Ten Chances Worth Taking
NametagTV: Compressing Time