Earn Your Way Into People’s Memories 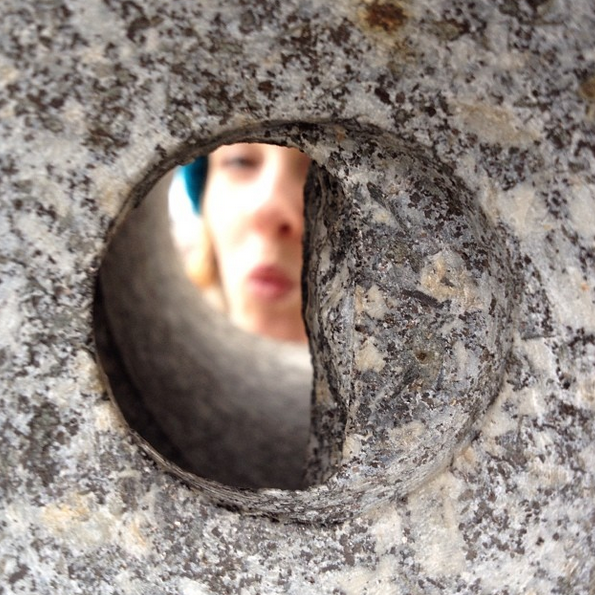 Because eventually, you’ll start to run into people who have
heard of you. Or remember one of your works. Or talked to their friends about
you. Or saw you perform somewhere. Or listened to you do an interview. Or read
something you wrote. Or did a case study on you in one of their marketing or
psychology or communication classes.

Proving, the shortest distance to someone’s brain is through
your body.

Your body of work,
that is.

Julia Cameron, artist, poet, playwright, novelist,
filmmaker, and composer, has accumulated an astounding body of work in the last
thirty years. Her insights have had a profound influence on my creative life,
from my tactical daily routines to my strategic career decisions. In her book The Sound of Paper, she paints a
powerful picture about the importance of longevity:

“Creators must take the long view and be in it for
the long haul. The ability to see distance is critical to a creative career,
because we’re out to accomplish a body of work, not merely one piece. And
so, making great strides in creativity means taking small steps. We must
always bear in mind that each day’s work is part of a larger body of work, and
that slow, steady output amasses into a work of a lifetime. But unless we are
able to take this long view, we will be derailed by rejection.”

The goal, then, is to leave behind an easily found trail of
accomplishment. And not just any creative output, but work that’s worth
collating and highlighting.

Here’s what that means:

Putting yourself into as many mediums and channels and
expressions as possible, so that over time, the total output of your work becomes
a collection that people can access in many different ways.

Standing for something faithfully, so that you become a living embodiment of
that thing, almost like a placeholder, bookmark, beacon or a reminder, which
allows people to start equating you with the thing itself.

Staying with yourself as the world orbits around you,
knowing that no matter how long it takes before people come back into your
atmosphere, they’ll still find you doing what you do, even if you’re doing it
in new ways.

Generating as many potential brand touches as possible, so
the universe of people you’ve interacted with grows naturally and incrementally
until eventually, the right group of people finds you.

Getting up in the morning, listening to what you’re supposed
to make next and shoveling coal into your creative locomotive, laying down
track as fast as you can, without the fear that your best ideas are behind you.

Establishing themes in your work so your art is less random
and more of a representation of your feelings and ideas and sense of life, like a physical
index of your human value system.

That’s how your body of work, which is everything you create
and contribute and affect and impact, will earn its way into people’s memories.
To get there, here’s the formula:

That’s the equation for prolificacy. Proving, that
we just have to learn to be incrementalists. To make our art like a mosaic,
adding one small piece at a time.

The writing formula I’ve been using for years was
five hundred words a day, five days a week, fifty weeks a year. Now, for most
professional writers, that isn’t that many words. And yet, the number nets out
to about three books a year. All from one page a day. That’s not mystery,
that’s not mastery. That’s just math. And yet, few artists have hooked into
this way of working. They haven’t committed to a critical number of creative
output. They don’t realize that building a body of work boils down to those
everyday disciplines that contribute to the sheer accumulation of material.

Seinfeld
understands this formula. As a comedian and writer, he has an estimated net
worth of eight hundred million dollars. And so, it’s no surprise that he
famously said that the way to be a better comic was to create better jokes, and
the way to create better jokes was to write every day. He suggested getting a
big wall calendar that has a whole year on one page and hanging it on a
prominent wall. And for each day that you hit your quota, you get to put a big
red x over that day. Then, after a few days you’ll have a chain. And if you
just keep at it, the chain will grow longer every day. You’ll like seeing that
chain as a visual reminder of progress, especially when you get a few weeks
under your belt. And at that point, your only job is to not break the chain.

Schultz understood
this formula. In his biography, he famously said cartooning was a job
where you’re doing the same thing over and over, but you’re never allowed to
repeat yourself. And yet, he explained that the secret of his success was
focusing on drawing one good comic strip every day. Not making millions. Not
achieving fame. Not changing the world. Not advancing his personal agenda. Not
making publishers and newspapers happy. Just the art. Just the work. Just one
good strip, every day. That single goal, that incrementalist approach, governed
Schultz’s work for more than fifty years, and it made him the most influential,
popular and profitable cartoonist in the history of the medium. The strip was
his mission piece. That one chunk of art he committed to, focused on and
obsessed over, each day, until it was done, no exceptions; trusting that
everything else, from the television specials to the merchandising to the
books, would flow from that.

Proving, that consistency is the ultimate shortcut. That the
shortest distance between two points is a straight line. That small times long
equals big. And as a
result, he forever put his body into our memories.

And so, whatever you’re creating, don’t just do it
well, do it for a long time.

If Commitment Isn’t the Answer, Rephrase the Question
Momentum Hinges on the Power of One
Scott Ginsberg, aka, “The Nametag Guy,” Full Keynote Speech: The Power of Approachability (2012)