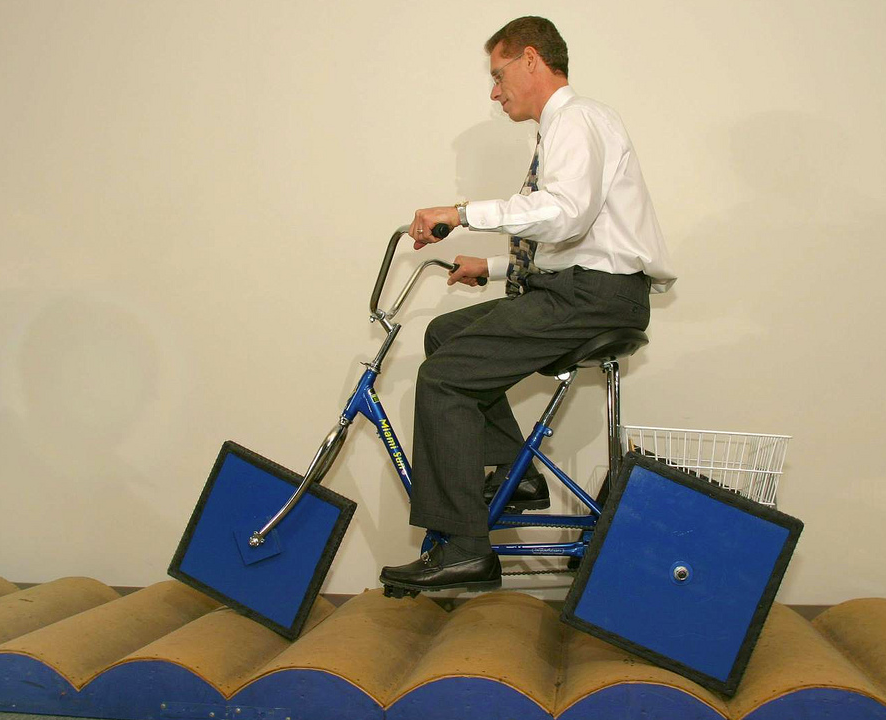 Innovation isn’t about reinventing the wheel.

It’s about taking two wheels that already work well on their
own, but haven’t met yet, and helping them intersect in a novel way.

The first step toward innovation is combination.

Which of your two ideas need to have a baby?

It’s not a nametag, it’s a magic trick.

Think about it. In the past thirteen years, I built a
successful publishing and consulting enterprise out of nothing. Nothing. I authored dozens of books, did
hundreds of interviews, published thousands of articles and got paid big money
by big companies to travel around the world and share my story with millions of
people, despite having no job experience, no resume, no credentials, and no
legitimate expertise whatsoever.

And I can honestly say that, at any given point, I never knew
what I was doing.

But nobody noticed. They were too busy looking at the
nametag.

Master that, and you can get away with anything. 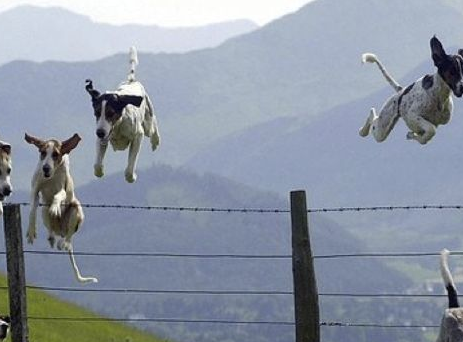 Let’s travel back in time.

Fifty years ago, everyday activities like landing on the
runway, shopping for clothes, taking bread out of the oven or receiving a
package from a friend, were just ordinary, fleeting experiences.

And then the world flipped.

What once disappeared like a fart in the wind now lasts
forever.

And if we were smart, we’d dip our toes into that stream and
ask one brave question.

What moment do we want
to own?

In the daily life of our customer, what is the specific
microexperience – be it emotionally, physically, mentally or spiritually – where
our brand intersects with the customer’s need and somehow improves their
condition?

If we can pinpoint and own that moment, checkmate. 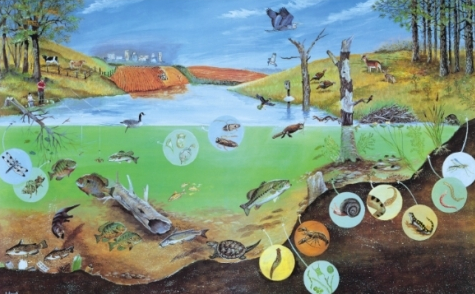 The product is only the beginning.

What’s evolved is the ecosystem around the product.

Now, it’s not just the product. 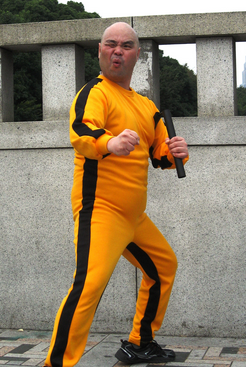 What image would you rather project: Charisma or authenticity?

Charisma comes from the Greek word kharisma, which means
“gift” or “divine favor.” According to Wikipedia, is often used to
describe the ability to charm or influence people. It also refers to a quality
in certain individuals who easily draw the attention and admiration of others
due to a “magnetic” quality of personality and/or appearance.

Big deal. This is 2013. Charisma will only take you so far. And in an
age of corporate scandal, lack of consumer trust and mass media brainwashing,
there is only one attribute that picks up where charisma left off and truly magnetizes customers and coworkers to you: Authenticity.The word comes from the Latinauthenticus,or “original, genuine.” It’s
defined as “worthy of trust, reliance, or belief,” and it is not the same thing
as charisma. An article from the Harvard Business Review explained
that while charismatic leaders have often been hired in times of corporate
distress, charisma is much more a social product than an individual trait.
Furthermore, Khurana explained, “Factors affecting corporate performance
are often beyond the powers of even the most charismatic leader.”

Furthermore, a related study from Cornel University, which surveyed 6,500 hotel
employees worldwide, proved that organizations with employees who rated their
managers as “authentic,” (not charismatic) were more profitable than hotels
whose managers had gaps between their words and actions.

This is not to say charisma is worthless. I do think it’s a valuable
characteristic that many successful businesspeople and leaders possess.

But it cannot stand alone.Lately I’ve been reading a lot of articles on charisma. And honestly, a lot of
them piss me off. First of all; articles written on the topic of charisma
usually reference famous political leaders who have innate and exceptional
rhetorical/interpersonal skills. As if when it came to charisma, you either had
it, or you didn’t have it. And if you didn’t, well, too bad! That’s why authenticity is more valuable. It doesn’t have such requirements.
You don’t need to possess the interpersonal charm or brilliance of Bill Clinton
to be authentic. You just need to be yourself. And anybody can do that
to become a more successful communicator and businessperson.

Secondly, many articles written on the topic of charisma are way out of date. One piece in particular caught my attention, the writer of
which I will not mention because, well, that’s just not cool. He said:

“There is a close association between personal charisma and success in
life.”

“Fake it until you make it!”

What a load of crap.

There are many other determinants of your success besides charisma. I’ve
personally read about (and met) thousands of successful people whom I never would have labeled as “charismatic.”

But you better believe every one of them was authentic.

So, don’t think that if you’re not charismatic, you’re not going to be
successful.

And as far as that “fake it until you make it,” cliché?

Give me a break. That’s about as far away from authentic as you can get. People
shouldn’t have to fake anything.

Do want to be perceived as “charismatic” or “authentic”? The following
exercise will help you decide. I looked up the words charisma and authenticity
in my thesaurus, mixed them up, then put them in this list. Go through each
item and circle the one trait you’d most prefer others to perceive you as
having.

Can you tell the difference between authentic and charismatic?

I hope so. Because the people you work with certainly will. 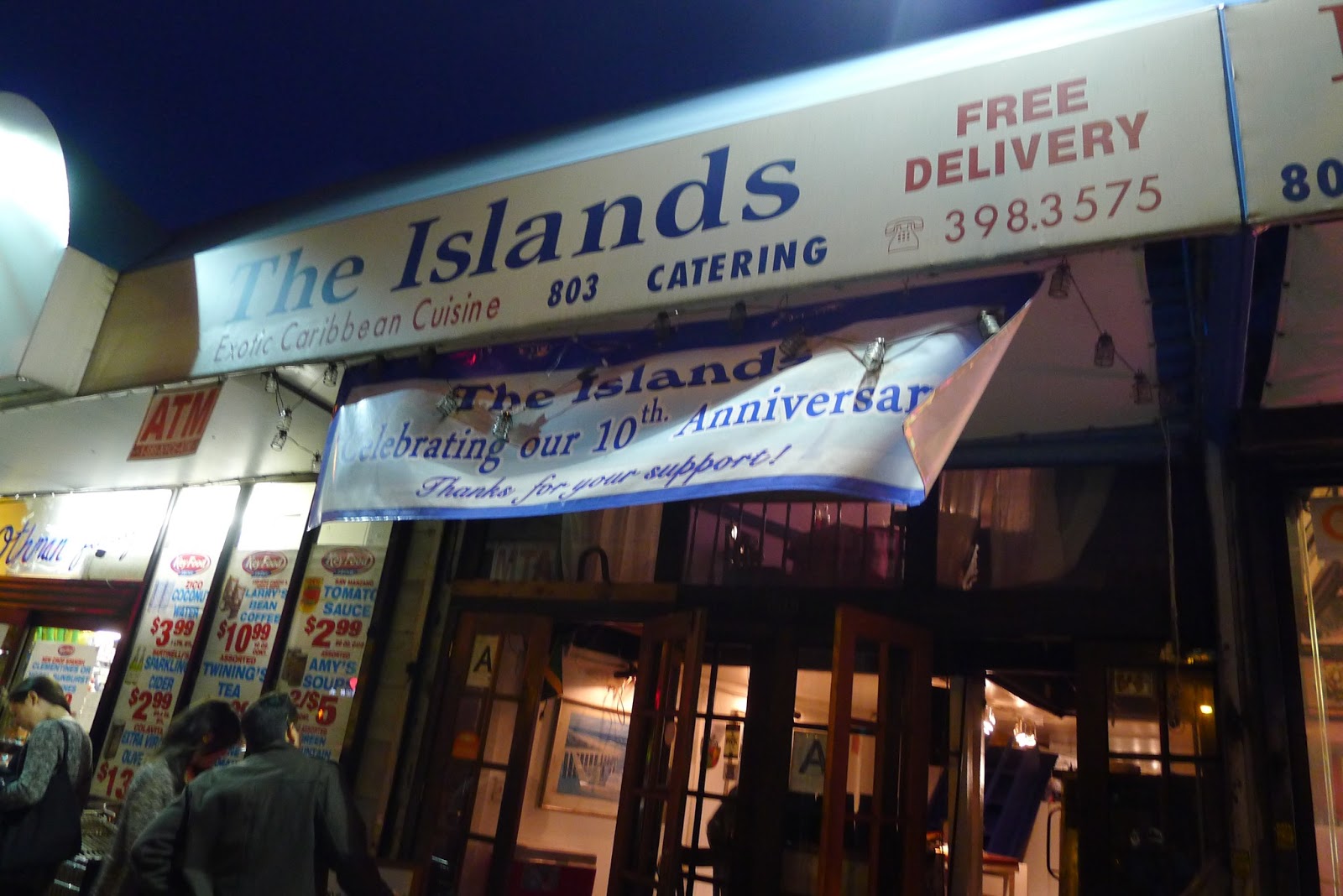 The Islands is a hole in the wall you hope no one else discovers.

Not
just because the portions are huge, the dishes are amazing and the prices are
affordable, but with only five tables, an alarmingly low ceiling and a dining
room the size of your grandma’s attic, you’re basically on top of each other
the whole time. And with only two ladies doing the all ordering, cooking,
serving, delivering and cleaning, the pace is so chill, you actually feel like
you’re having a meal in the islands.

The point is, there is never a shortage of competence. Customers
can order delicious oxtail anywhere. What’s scarce, and therefore valuable and
remarkable, is the running imperative that drives this restaurant’s behavior,
the nobility behind their work and the posture with which they approach their
interactions.

Just another reminder that we’re not in business to sell a
product, but to create a monopoly on a story and a set of expectations, to push
an overarching narrative that’s worth remembering and spreading. 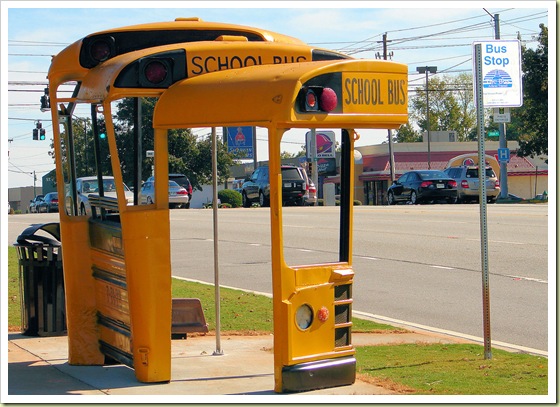 Everyone needs an interesting way of interacting with the world.

Some creative lens, personal filter, permanent fixture or unique
coefficient, that we carry with us at all times, that affords us the
opportunity to navigate and meet and understand the world with a slightly
skewed perspective on just about everything.

Think of it as your ongoing micro experiment.

For me, it’s the nametag.

Wearing one all day, everyday for the past thirteen years
has been my passport to interestingness, my mechanism for making sense of my existence
and the source against
which I bounce what I see.

Not sure what yours is? Try the following exercise:

The point is, this ongoing micro experiment doesn’t define
you. It’s not your whole identity. And it’s certainly not the only thing you’re
known for.

But for anyone who wants to live a more interesting life,
all it takes one simple, powerful portal to change our perspective on
everything. 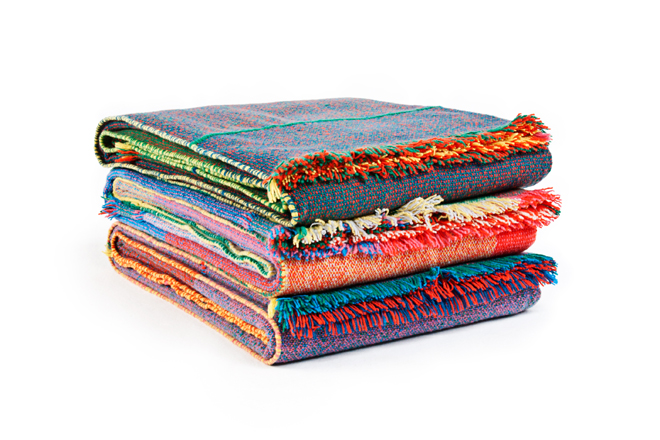 People will always value a brand
if the experience of it adds something to their lives.

The problem is, too many companies fail to actually
consider people’s lives when they make decisions. And as a result, their
marketing is tolerated at best and loathed at worst.

If you want to integrate
your brand to fit into people’s lives, ask these questions.

How does this precisely complement people’s way of
life?  How do we put the product in the context of people’s daily world?  How
does this turning a painful process into a pleasurable practice?  How is this an
excuse to spend more time doing something mundane?  How can we let technology
enhance an experience from start to finish?

What idea, that people are
convinced is dead, can we bring back to life?  How do we create an experience
that makes people believe in something again?  How does this reward people for
everyday interactions that they’re already having?  What experience, that people
avoided as a badge of honor, are they now obsessed with? What stories are
people telling about themselves and how our product fits into it?

Think of it as developing a better conception of
humankind.

Instead of waiting for
customers to join your brand, try meeting them where they are and joining them
first. 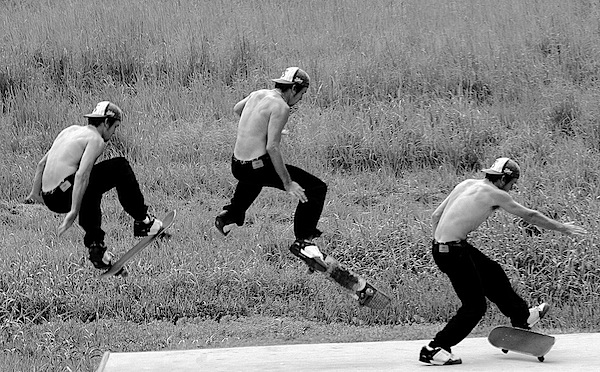 Once you start moving, creating and poking around at the
problem, all things tend to their equilibrium, find their perfect place in the
universe and conspire towards some unifying geometrical situation.

Or so says the quantum physics theory of gravitational
order.

Innovators have no choice but to make up everything, because
most of what they’re doing has never been done before. So they jolt themselves into
the middle of the problem. And after a few days of complete immersion in a new
world, they start to notice some pretty interesting things.

Turns out, when you commit to the frightening work of flying
blind, believing with unshakeable faith that there will always be something in
the box, the universe doesn’t disappoint. Life rewards action, not ideas.

Because it’s not about getting things right.

It’s about getting things moving in the right direction. 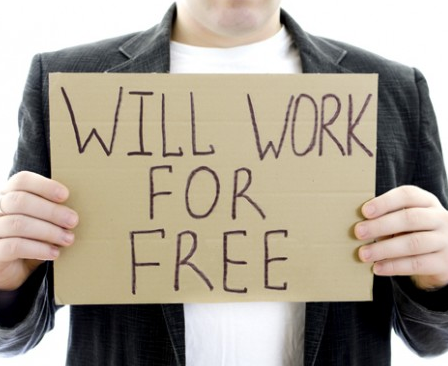 Low
and erratic income, sporadic employment, feast or famine cycles, fear of the
work drying up, lack of job security, essentially, tossing coins in the wishing
well and hoping bills float to the surface.

It’s
murder out there.

But that’s the brutal truth about working for
yourself. You’re always trying to resolve the economic problem of livelihood. Having to live and die by every gig you get,
you’re basically out of a job every week. Or every month. Or every few months.

And yet, some people thrive on it. They love
the hustle, the hunger and the pressure. They crave the sword of obligation
dangling over their head, and they use the continuous tension to fuel
their work.

Eventually, though, we all have to ourselves if
this lifestyle and business model is truly sustainable over the long haul.