17 Behaviors to Avoid for Effective Listening 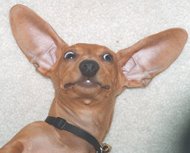 Growing bigger ears isn’t just about what you DO.

It’s also about what you DON’T DO.

3. Don’t perform.
Because some people view listening as a performance.

4. Don’t tell someone not to feel a certain way.
This cheats her out of having her feelings.

5. Don’t get bored.
Because that means you’re focusing on the wrong person ☺

6. Don’t take over.
Instead, take IN the other person.

8. Don’t give advice.
Unless someone asks for it.

9. Don’t usurp ownership.
Let the other person give birth to their ideas and realizations.

10. Don’t inflict your agenda.
Because listening isn’t about you.

12. Don’t use the other person’s comments as prompts for your clever little jokes.
It’s annoying and clearly motivated by self-interested.

13. Don’t speak.
Just stop talking for a while. Seriously. Let the silence make space for the other person to just BE.

14. Don’t impose your own structure.
Let the speaker pace the conversation.

16. Don’t take too many notes.
Or else it will look like you’re too busy to listen.

LET ME ASK YA THIS…
What others behaviors should effective listeners avoid?

LET ME SUGGEST THIS…
For a list called “27 Affirmations to Prepare Yourself to Listen,” send an email to scott@hellomynameisscott.com and I’ll help you grow bigger ears today!

If they can’t come UP to you; how will they ever get BEHIND you?