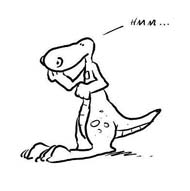 Entrepreneurs need to be aware of seven truths, trends and realizations.

Pick a lane, narrow your focus and start polarizing some people. It won’t kill you.

REMEMBER: There’s a LOT of customers out there.

2. IF … everybody says you’re crazy, you might just be onto something.
They’re just jealous. Or threatened. Or ignorant. Don’t let the haters get you down. Some people just aren’t worth listening to.

Neitzche said: “And those who were seen dancing were thought to be crazy by those who could not hear the music.”

3. IF … you’re not pissing off (some) people, you’re not doing your job.
Make some waves. Controversy is good. Don’t be afraid to take a side. Have the courage to stand out and stand up for what you believe.

4. IF … at first your idea doesn’t sound absurd, there is no hope for it.
Think of all the great ideas, inventions and innovations that were once laughed at or thought stupid and inefficient: the airplane, the personal computer and the cell phone.

Ha! It’s human nature. That which stands out gets criticized.

REMEMBER: If people say your idea is far-fetched, consider it a compliment. An omen. A sign of good things to come.

5. IF … nobody’s trying to steal, copy or parody your idea, it’s probably not that good.
The entire soft drink industry was created because everybody kept trying to steal Coke’s recipe.

What are people trying to steal from you?

6. IF … you can’t explain it to a five year old, it’s not simple enough.
We live in a hyperspeed, A.D.D., instant gratification culture. People don’t have the time or attention to sit and figure out what you’re selling.

You need to (kindly) punch them in the face.

You only have a few seconds and a few words. A kindergartener should be able to tell her friends about your idea.

7. IF … people aren’t talking about your idea, you’re in trouble.
Plain and simple: businesses that get talked about get more business. Remarkability wins. And word of mouth is the most authentic, effective and powerful form of marketing in the world.

REMEMBER: Get noticed = Get remembered = Get business.

LET ME ASK YA THIS…
What’s your “IF Factor”?

Who’s telling their friends about YOUR company?