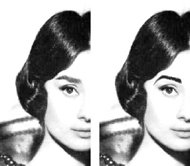 I remember exactly where I was when it happened – over at my friend Drew’s house, glued to the screen, near teary-eyed when the final credits started rolling.

It was a sad day in TV history. In my opinion, all flags should have flown at half-mast that week.

Then, in 1999, Seinfeld received a 6.5 Neilson rating, which was unheard of for a syndicated show. Interestingly, during the 2006-07 syndication season, it had increased to a 7.9. And amazingly, according to an August 2008 Neilson Report, the syndication of Seinfeld in STILL in the top ten today.

Not that there’s anything wrong with that.

So, this “show about nothing” is the consummate example of staying power, a term used in the comedy realm for material that endures over time without a significant decline in humor.

In the world of marketing, however, it’s a little different…

The effectiveness of a message isn’t necessarily dependent on its longevity, but rather its ability to evoke emotion in the moment.

This is called Stopping Power.

Without it, your message will be ignored, overlooked and unnoticed.

Because nobody notices normal. Not any more. It’s too cluttered, too crowded and too loud.

AND, HERE’S THE BIGGER CHALLENGE: You won’t know whether or not your message has stopping power until your customers start reacting to it.

When people are first exposed to your marketing, listen and watch closely. Be on the lookout for the following five involuntary indicators of interest, intrigue and curiosity:

1. Engagement of the customer’s EAR. This occurs when you…

NOTICE: Did their head to tilt to the side curiously and intriguingly?

2. Engagement of the customer’s EYE. This occurs if you can be…

Emotional, yet engaging.
Simple, yet profound.
Catchy, but not corny.

NOTICE: Did their eyebrows shift? Did their glance widen?

3. Engagement of the customer’s MOUTH. This occurs if you…

Use strong, unexpected and uncommon phrases.
Use oddly or ironically juxtaposing words.

NOTICE: Did they audibly gasp? Did their jaw drop? Did they smile?

4. Engagement of the customer’s BRAIN. This occurs when you…

NOTICE: Did they nod in agreement? Did they shake their head and chuckle in playful disbelief?

5. Engagement of the customer’s FIST. This occurs when you…

Have an unarguable message.
Have a worldview connection point.

REMEMBER: The effectiveness of a message isn’t necessarily dependent on its longevity, but rather its ability to evoke emotion in the moment.

I challenge you to reevaluate your marketing based on its Stopping Power. Find out how (or IF!) your message stacks up with these five involuntary indicators of interest.

LET ME ASK YA THIS…
Does your marketing move people’s eyebrows?

LET ME SUGGEST THIS…
For the list called, “74 Qualifying Questions to Test the Net Worth of Your Company Tagline,” send an email to me, and I’ll send you the list for free!