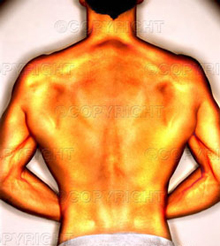 The most successful artists, innovators, entrepreneurs and inventors of the world aren’t One Hit Wonders.

Rather: they have HOT bodies.

(Keep your eyes open for commonalities…)

HOT BODY #1
When you think of the word “inventor,” one name comes to mind: Thomas Edison.

Talk about a HOT body! He holds about 1,800 patents. It’s also no surprise that his archives amount to 3500 notebooks and four million pages.

LESSON LEARNED: writing is the basis of all wealth.

According to Wikipedia, Pauling is widely regarded as the premier chemist of the twentieth century. He pioneered the application of quantum mechanics to chemistry, and in 1954 was awarded the Nobel Prize in chemistry for his work describing the nature of chemical bonds.

What’s more, Pauling is well known for his philosophy about having a HOT body. He once said, “The best way to have a great ideas is to having a lot of ideas!”

HOT BODY #3
Julia Cameron, best known for her book and philosophy, The Artist’s Way, also has one HOT body.

She’s not just an author, either. Cameron works as an artist, poet, playwright, novelist, filmmaker, and composer.

In her book The Sound of Paper, she wrote, “Each day’s work is part of a larger body of work, and that body of work is the work of a lifetime. Unless we are able to take this long view, we will be derailed by rejection.”

HOT BODY #4
Mechanical inventor Jerome H. Lemelson was granted over 600 patents, making him one of the 20th century’s five most prolific patent grantees.

“Sometimes you think you have exhausted your last idea,” he continued. “But you really have an endless stream of ideas in there. You just have to be willing to go in and look for them and bring them out to the light of day.”

HOT BODY #5
Bluegrass Goddess Allison Krauss has one of the hottest bodies I’ve ever seen.

Her anthology includes dozens of albums, production on countless soundtracks and several live DVD’s. During her career so far (she started when she was 10) she has won twenty Grammy Awards – more than any other female artist in the world.

And she’s still under 40! Which means she’s constantly asking herself, “What’s next?”

LESSON LEARNED: it’s never too early to get started.

And yet, three commonalities exist in each of their HOT bodies:

H – Have LOTS of ideas. Write mass quantities of content.
O – Open your mind’s floodgates. Let the ideas flow.
T – Think about what’s next. Keep a focused eye on the future.

LET ME ASK YA THIS…
Are you a One Hit Wonder, or are you developing a Body of Work?

LET ME SUGGEST THIS…
Write the phrase, “Library, not book,” on a sticky note and post it on your desk. Look at it daily.