Moments of Conception 185 — The Manhattan Scene from Elf 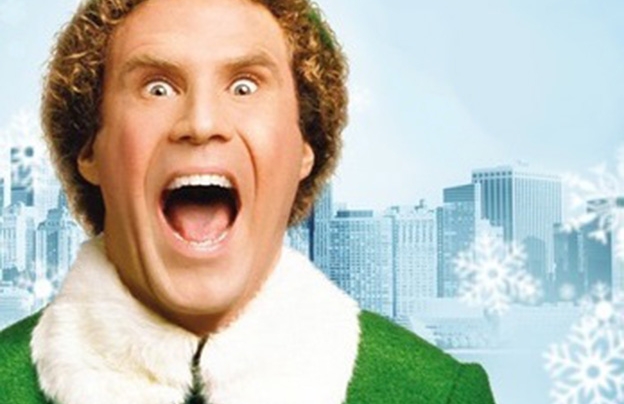 Today’s clip comes from the Manhattan scene in Elf:

What to do when nobody cares about you. Pressfield differentiates between two artistic orientations,
hierarchy and territory. In hierarchy, the artist looks up and looks down. He
does the work for the attention and the applause, not for its own sake. And he
lets others define his reality, instead of looking within to validate his work.
The problem with this orientation, he says, is that when the numbers get too
big, the hierarchy breaks down. A pecking order can hold only so many chickens.
Manhattan, for example, is a city where hierarchy no longer works. The place is
simply too big to function from that orientation. And so, working territorially
is the only path. Working where the sustenance comes from the act itself, not
from the impression it makes on others, is all that’s available to you. It’s an
interesting experience. Because on one hand, living among eight million centers
of the universe can make you feel rejected and anonymous and meaningless. On
the other hand, living in a big city can also make you feel liberated and
rested and relieved. Because nobody’s paying attention to you anyway. It’s like
my favorite sitcom
writer once said, do the show you
want to do, because the network is going to cancel it anyway. That’s territory,
not hierarchy. It’s the habit of asking what’s in your heart instead of catering to what the
marketplace is looking for. Creating art, knowing that you very well may be
winking in the dark, and being okay with that. Which orientation rules your creative process?

This city will wipe its ass with you. Buddy is naïve and innocent and sweet and happy.
Manhattan is cold and rude and impatient and unforgiving. Tension is created.
Hilarity ensues. It’s the classic fish out water story. The question is, will
the hero adapt like a fish taking to water? Will he crack the code before the code
cracks him? It all depends on that person’s expectations. Having moved to a big
city before, I’ve seen both sides of that coin. Because on one hand, if you get
attached to what the city means for you, you get stars in your eyes. You let
people feed you with things that make you feel bigger than you really are. You
see the potential, not what is. And once your fantasy of moving to the city
differs from your reality of living there, you start to grow cynical. On the
other hand, if you move to the big city empty of expectation, knowing that
nothing will ever go for you exactly as it went for someone else, you can keep
disappointment at bay. And if you remember that you can’t predict your
direction, you can only take your opportunities as they come, you start to grow
beyond the boundaries of what you thought possible. Any person could go either
way. And so, if you’re thinking about accept the invitation to a much wider
horizon, if you’re dreaming about pushing yourself into a new and larger set of
geographical circumstances, leave your expectations behind. Because, as I once
heard a homeless man tell a tourist on the subway, this city will wipe its ass
with you. What would happen if you moved
to a place that was big enough for you?

Music loosens the lid on the jar. Buddy believes that the best way to spread the holiday
cheer is to sing loud for everyone to hear. Jovie takes his advice literally, manages
to overcome her shyness and gets the sleigh back in the air by leading the
crowd of people in singing on live television. What I love about this scene is,
she’s willing to stand alone and look ridiculous, in order to be the spark that
starts the fire. Despite her shyness and refusal to sing anywhere but the
shower, she gets out of her own head and into the true spirit of the holiday.
And she creates a city wide contagion of otherliness and service and community
and joyfulness. This scene is a reminder that energy is interactional currency.
And that if we want to lead the people around us, it’s not enough to pay
attention to what we do that gives us energy, but what we do that gives others
energy. Singing has a tendency to do this. When I busk in the park on weekends,
watching people dance and hum and smile and wave makes me feel warm inside for
having participated in the energy exchange. But just like the character in the
movie, it took a lot of courage to actually play here. I always treated music
as an escape. As a way to hide from the world. But now that I’m performing in
public on a regular basis, it’s the complete opposite. Total vulnerability.
Absolute nakedness. Talk about holiday cheer. When was the last time you sang at the top of your lungs, in public,
with others?

Reach across the borders of reality
Don’t be in the light, be there before it arrives
Discerning the future horizon of work