How to be a Hero, Even If You Look Hideous in Purple Spandex 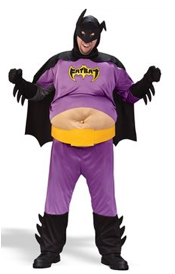 Put away your red cape.
Forget about your alter ego.
And cancel the order on those purple spandex.

Being a hero isn’t what the comic books portray it as.

To live heroically is to consistently commit to (and act from) the best, highest version of yourself – every day.

Today we’re going to explore part one of a collection of ideas (read part two!) to help you become a hero to the people who matter:1. Decide to matter. In his book, Coaching the Artist Within, Eric Maisel spends a sizable chunk of time talking about passionately making meaning.

“There is no meaning until you make it,” he says. “Don’t sit around waiting for the universe, some guru or some book to shape your personal path. Proclaim your intention to live meaningfully and authentically.”

Lesson learned: Mattering is a decision. Otherwise you end up a desperate revolutionary without a cause, exhausted by endless effort that doesn’t count. Not very heroic.

Remember: When each pulse is filled with significance, you’re always seen as a hero. Even if only in your own eyes. Have you decided to matter yet?

That’s the big misconception: Heroes are less concerned with being successful and more focused on who is successful because of them. After all, it’s not who you know – it’s whose life is noticeably better because they know you.

One strategy is to ask people Territory Questions. According to Steven Pressfield’s The War of Art, your territory is the place, arena or activity where the sustenance comes from the act itself – not from the impression it makes on others. And if you ask people questions like:

…you gain a greater understanding of where their territory is. Then, you reflect it back to them. Because normally, they’d be too close to themselves to see it.

Do that, and people will thank you forever. How do you inspire others of a vision of what they can contribute?

3. Become a walking permission slip. People want someone who makes it okay for them. Okay to do what they think is silly. Okay to be their true self when the alternative is more popular. And okay to risk feeling an emotion that exposes their weaknesses.

This reminds me of a presentation I gave in Charlotte a few years back. After the program, a woman came up and hugged me. In tears. For twelve seconds.

This has happened maybe five times in my career. But if you can believe it, what she thanked me for wasn’t the content of the speech, but the fact that I was wearing jeans and sandals during the speech. (Pretty standard for my style.)

Anyway, Susan told me that she’d been wrestling with the option of dressing in a more casual, relaxed and unique fashion to work, but didn’t have the courage to make the switch. But apparently, after seeing my presentation, Susan felt as if I’d given her permission to do so.

Lesson learned: When you begin to live your authentic life, you give people subtle permission that it’s okay for them to do the same. You don’t need to wear sandals – you just need to express yourself freely and fully. How are you validating people?

4. Give your voice widening access. As we’ve already learned, being a heroic isn’t all about you. However, if you want to champion ideas, challenge hearts and change minds, you’ve got to step into (some of) the spotlight. Otherwise you’re just winking in the dark.

The secret is to build a unique platform for reaching the people who matter. And keep in mind; the word “platform” is traditionally used to describe the bridge between writers and readers. Not anymore. In my experience, platform is nothing but your entire engine of visibility. Online or offline.

And whether you want to be a hero to your customers and employees, to your children and friends, or to your readers and listeners, visibility is absolutely essential. Your voice must to be accessible to them.

From daily blogs to weekly family dinners to monthly staff meetings to quarterly vacations, your challenge is to build your platform based on the way your people prefer to be reached. Only then will you be able to infect them with a vision of what they can do. How are you making people aware of your voice?

5. Make others look like heroes. Every time I give a speech, I have two primary responsibilities: First, to be amazing; and second, to make the person who booked me look like a hero.

For that reason, you have to establish expectational clarity. You have to telegraph your reliability. And you have to deliver a series of small promises consistently.

The only caveat is, they have to be the right promises. You get no brownie points for delivering what the customer doesn’t ask for or doesn’t need. Focus on that, and you’ll make heroes out of the people who matter. Who have you made your cohort in heroic crime?

From customers to employees, from children to family members and from readers to listeners, I challenge you to commit to being somebody’s hero today.

Who knows? Maybe you won’t even need those purple spandex after all.

LET ME ASK YA THIS…
To whom are you a hero?

LET ME SUGGEST THIS…
For the list called, “22 Unexpected Ways to Help People,” send an email to me, and you win the list for free!