Are You Using Your Talents or Investing Them? 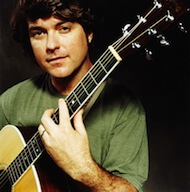 Freedom means finding a home for all of our talents.

Instead, allowing our entire portfolio of talents – tiny,
titanic and in between – to have a more prominent place in our lives,
regardless if the world approves.

Nobody epitomizes this more than
Keller Williams. At any of his hundred concerts each year, audiences drool as
he plays an average of twenty instruments per show, they marvel as he takes
live digital looping to new levels and they cheer as he sings hilarious lyrics
to improvised songs.

His life, his career and his fans
prove that talent isn’t just a gift, it’s an asset.

Our job, not just as artists but
as humans, is to invest it as aggressively, creatively and prolifically as
possible, and never to feel guilty about having it or ashamed about expressing
it.

It would be ashamed to watch it
go to waste.

Are you using your talents or investing them?

For the list called, “8 Ways to Out Question Your Competitors,” send an email to me, and you win the list for free!

The Nametag Manifesto — Chapter 11: The End of Disconnectedness
Customers Don’t Know What They Want Until You Show Them
What Nobody Tells Us About Our Dreams