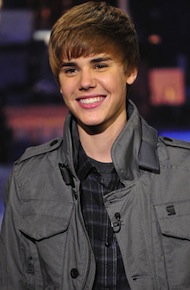 Until one day, before we know it, we’re doing it. The arbitrary boundary we set for ourselves fades away like a fart in the wind. And our grand intentions of abstinence turn out to be grand delusions of obstinance.

Moments like these aren’t just important — they’re inevitable. They teach us that life is a subjective experience. They show us that absolutes are hard to come by. And they remind us that, despite our best efforts to stand by our convictions and stay consistent with what we thought was true, life can prove us wrong at the drop of a hat.

A hat we never thought we’d wear. A hat we used to think looked ridiculous on us. A hat we spend our whole life running from and speaking out against.

But now that we’ve tried it on, we realize that the hat isn’t really that bad. In fact, it’s kind of flattering.

What have you recently started doing that you said you never would?

For the list called, “27 Reasons People Aren’t Listening to You,” send an email to me, and you win the list for free!

When Dreams Shrivel into Dead Memories
Standing on a Whale, Fishing for Minnows
Go, Go, Go Make Something Happen